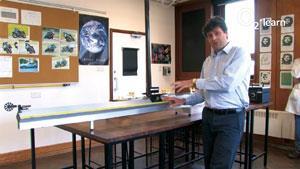 Telecommunications company O2  has launched a new competition for UK secondary school teachers with a flair for video. Teachers who enter could win up to £50,000 for themselves.

Teachers are invited to upload video clips of showcase lessons, aimed at pupils aged 13-18. As well as creating a free online teaching resource, the users of the resource will vote for their favourite lessons.

In addition, O2 Learn will assemble a panel of headteachers and members of teaching unions to shortlist eight of the 18 fortnightly winners to go through to a grand final in the autumn of 2011 where, with the help of the public, they will decide on the winning three UK teachers. The winner of the O2 Learn award will receive £50,000 and a further £100,000 for his or her school. The runner up will win £20,000 and £40,000 for his or her school, and a third prize will also be awarded of £10,000 for the teacher and an additional £20,000 for the school.

O2 Learn launches with the support of five partners - The National Union of Teachers, The Teaching Awards, Teach First, Parentline Plus and Teaching Leaders - and seven founder schools, a mixture of independent and state-funded schools, whose teachers have uploaded 100 lessons.

O2 Learn is part of O2's Think Big strategy which seeks to inspire young people, and those that help young people, to make a positive change to the community. To find out more visit the O2 Learn website.