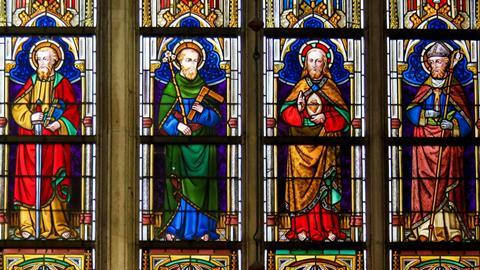 Do you really know what glass is?

The glass debate resurfaces and it’s never crystal clear. Why do we care about its label anyway?

Although glass as we know it was discovered over 6000 years ago, it seems we still can’t decide on what glass actually is. A solid? A liquid? Something else? In September, material scientists Edgar Zanotto and John Mauro set out to convince the world of a new definition that, once again, reignited the glass debate. ‘One of the features of science is that it corrects itself,’ says Edgar. ‘So this is a step forward for our understanding of this incredibly important material.’

Most definitions tend to call glass an amorphous solid — a solid without crystal-like order — that has a ‘glass transition’. Other definitions focus on how glass is made, such as an ‘amorphous solid achieved by fast cooling of a molten mass’. What these definitions have in common is that glass is considered a solid. Most people would intuitively agree: it looks like a solid and breaks like a solid, so it seems fair to call it a solid.

But Edgar and John argue that it’s not that simple. Glass is not just amorphous: its structure looks less like a solid and more like that of the liquid molten mass from which it came, which we call a super-cooled liquid.

Also, solids don’t flow unless external pressure is applied, whereas liquids and glasses do. So, you could say that if it looks like a liquid — up close anyway — and flows like a liquid, it seems fair to call it a liquid. The truth, Edgar and John claim, is somewhere in between. ‘Glass is neither a solid nor a liquid,’ says Edgar. ‘It displays properties of a solid, but on the other hand, it also has properties of a liquid.’

Go with the flow

Besides, mathematical models have shown that it would take so long for normal window glass to flow that humans probably wouldn’t be able to observe it. Rather, the glass in church windows is non-uniform as a result of the production methods and the thicker ends were simply placed at the bottom for better structural integrity.

So, how do we know that glass flows at all? ‘There are over 400,000 compositions of glass that have been developed,’ explains Edgar. ‘Window glasses will take millions of years to flow, but organic glasses will flow in a matter of days or seconds.’ This is all to do with time and it brings us to another fundamental part of Edgar and John’s definition.

Glass is a non-equilibrium state of matter, which means that it is always moving towards something else. Given sufficient time, the glass’ structure will relax towards the structure of the super-cooled liquid from which it came, and will start to flow. ‘All glasses will relax spontaneously without any external force or action,’ Edgar says. ‘This is a feature that no solid has.’

Even that, however, is not the ultimate fate of glass. Given infinite time, glass will relax towards a crystalline structure. That’s right: a solid. This is different from simply melting and solidifying because heat is not needed for this spontaneous process. Glass is a state of matter that, for most glasses we encounter in daily life, appears solid on a ‘human’ timescale but that over extended periods of time will relax towards a liquid state before crystallizing. Clearly, the question of what glass is, is no trivial matter.

What’s in a name?

In the name of education, therefore, Edgar and John have provided two definitions of glass: one aimed at students and the general public, which focuses on the intuition of a non-equilibrium state that relaxes to a liquid, and one for people with a deeper understanding of the glass transition.

Undoubtedly, another team of scientists will publish their own definition for glass and criticise previous attempts, and textbooks may have to be rewritten once more. But that is the nature of science: towards better understanding, one correction at a time.

The new proposed definition of glass for non-specialists is:

‘Glass is a non-equilibrium, non-crystalline state of matter that appears solid on a short time scale but continuously relaxes towards the liquid state.’

The two materials scientists also have a more detailed definition for experts:

‘Glass is a non-equilibrium, non-crystalline condensed state of matter that exhibits a glass transition. The structure of glasses is similar to that of their parent supercooled liquids (SCL), and they spontaneously relax toward the SCL state. Their ultimate fate, in the limit of infinite time, is to crystallise.’

Ida Emilie Steinmark is a biophysical chemist and freelance science writer based in London, UK and tweets @iesteinmark