Could urine be used to fuel our cars? 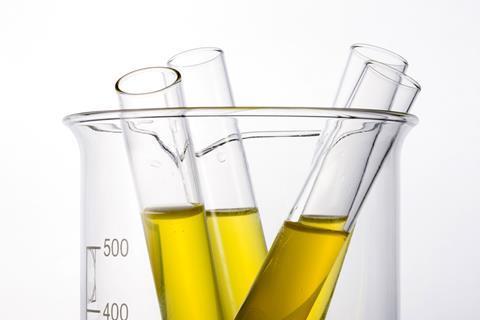 Using hydrogen to power cars is an attractive alternative to fossil fuels because the only emission produced is water. But a major problem with this approach is the lack of a cheap, renewable source of the fuel. Researchers at Ohio University in the US may now have found the answer in an unexpected place, our urine.

Although hydrogen is the most abundant element in the universe, on Earth it tends to be locked away in molecules such as water (H2O). To liberate hydrogen gas (H2) from water the strong hydrogen–oxygen bonds must be broken. This can be achieved by passing an electrical current through water (the electrolyte) in a process called electrolysis. However, the energy required for this process makes it a prohibitively expensive way of making hydrogen fuel. The Ohio team, led by Dr Gerardine Botte, have shown that electrolysis can be used to produce hydrogen gas from human urine, at a fraction of the cost of producing hydrogen from water using the same method.

Urine contains urea, (NH2)2CO, which has four hydrogen atoms in each molecule. Importantly these are easier to remove than in water because nitrogen–hydrogen bonds are weaker than oxygen–hydrogen bonds. Reporting in the Royal Society of Chemistry’s Chemical Communications journal, Botte and her colleagues designed an electrochemical cell with urine as the electrolyte. To break down one urea molecule and release the two molecules of hydrogen gas they applied 0.37 V across the cell. This is much lower than the 1.23 V needed to do the same to water.

During the electrochemical process, pure hydrogen is evolved at the cathode (negative electrode) and nitrogen is collected at the anode (positive electrode). Carbon dioxide is also generated during the reaction, but it is not released as a gas and instead reacts with the potassium hydroxide in the electrolyte to form potassium carbonate.

As well as producing an environmentally friendly fuel, this process could also be used to clean up wastewater. According to Botte, current methods to remove urine from water are expensive and not efficient. She plans to try and combine the two ideas, so that hydrogen can be collected for use as fuel during the cleanup of effluent from sewage works.