Just passing through: why young teachers are leaving the profession

New teachers are quitting at an alarming rate. David Fulton explores the reasons 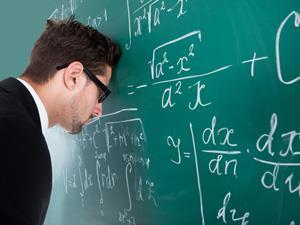 The headlines make grim reading: ‘Half of all teachers in England threaten to quit as morale crashes’ reported the Guardian recently. ‘Nearly four in ten qualifying teachers quitting the classroom after one year’ was a front page story in the Independent in March. The BBC radio 4 documentary Sick of school provides an alarming insight into life as a teacher in 21st century Britain.

Few would disagree that we’ve got to recruit talented people into the teaching profession, but once trained and in frontline teaching, is anybody concerned about keeping them there?

Over the last couple of years, I’ve seen an explosion of chemists who quit teaching within a year or two of starting their training. What’s going on? I’ve spoken with some of my recent students, some who’ve quit and some who are still teaching, to find out more.

Huge levels of expectation on every front is the first thing they tell me about. ‘The same is expected of a newly qualified teacher (NQT) as there is of a veteran teacher of 20–30 years,’ one teacher told me. Performance on the job is scrutinised by school leadership, with NQTs observed frequently during their induction year. There is little room for mistakes or off-days.

All teaching standards have to be met, with ‘action plans’ awaiting those who don’t quite yet make the mark, bringing even more scrutiny and pressure. Failure, if you can call it that, has its repercussions, and I am told it is not uncommon for schools to ‘move on’ NQTs after their first year.

Workload is another big problem, and issues arise right away. ‘On my first day I was given the previous head of chemistry’s timetable. This was twelve classes a week spread over 18 lessons, including some taught offsite at a local college. It was not long before I was starting to struggle,’ a former teacher commented.

‘It could take me 10–20 minutes to prepare a lesson at Key Stage 3, but over an hour to prepare for some
A-level classes.’ The lack of preparation time for new teachers was something that struck me as puzzling given that many of these lessons are given for the first time. Although it is a statutory requirement to provide new teachers a slightly reduced timetable, this extra time often evaporates with other duties. ‘All of my free time was taken up with covering other lessons for teachers who were off and doing detention duties,’ said another ex-teacher. ‘My school was often short-staffed.’

‘I never saw my daughter’

On top of the teaching workload comes the monumental quantity of marking teachers are expected to keep up with. The numbers involved are truly industrial, with teachers marking books of up to 400 students fortnightly, a process that devours evenings and weekends. ‘There’s no way you can keep up with marking during the school day. I had to go and buy a suitcase so every day I could carry another batch of books home for marking.’ School marking policies, which in some cases are constantly shifting, have to be followed to the letter with detailed feedback annotated in every book; marked books are regularly inspected to ensure marking policies are followed.

Book marking appears to be complemented by a large amount of completing spreadsheets and other paperwork connected to the documentation of student learning, all of which appear to be of little educational value. Yet, these activities consume huge amounts of time and energy. Many of those I spoke with reported working 60–70 hour weeks on a regular basis.

‘I never saw my daughter,’ said one ex-teacher. ‘There is no way you can balance being a teacher with being a parent of young children.’ I wonder how sustainable teaching has become.

What about the holidays? Everyone I spoke with reported working during the holidays, sometimes several hours per day, planning lessons and other tasks, but mostly to catch up on the marking.

Now add to the mix management of challenging classes. Nearly all I spoke with acknowledged that challenging classes were part of the job, but in some instances I felt that some of these young teachers had been asked for more than their fair share. ‘I would be driving to school every morning and I’d wish I could just drive right past the gate,’ said one ex-teacher, clearly demoralised by the constant drain of trying to keep classes in check. I get the sense that if only she’d had the support and some time to really work on this aspect of her practise she might still be there.

Chemistry teachers are also expected, at least by some head teachers, to be called upon to teach biology and especially physics. ‘Teaching outside your specialism just adds more strain, and it’s not what I went into teaching to do,’ said one.

One issue that really caught me by surprise was just how critical all I spoke with were about the nature of the current enticements used in teacher recruitment. In particular, large bursaries received a lot of flak (trainee chemistry teachers can receive up to £25,000 a year to train), with the belief they enticed people into teaching for the wrong reasons. I was told about trainees who ‘saw the attractive bursary for ITT [initial teacher training] and thought they’d give it a go’, to then drop out afterwards.

TeachFirst, an organisation that has now become one of the UKs largest recruiters of graduates, also come in for criticism. With its array of glittering corporate partners, such as Goldman Sachs and KPMG, TeachFirst encourages graduates to sign up for two years teaching. ‘Many of the people in my cohort clearly see it as a stepping stone to something else,’ said an ex-TeachFirster. ‘It wasn’t just that - TeachFirst themselves were overselling the programme as a stepping-stone.’ Indeed, professional services giant PricewaterhouseCoopers currently think very highly of TeachFirst and offer deferred entry schemes, leadership programmes and summer internships for participants.

Is this what we want? Is a revolving door of inexperienced teachers who really want to be consultants, bankers and accountants really the best thing for children’s education? Perhaps it doesn’t really matter how you recruit into teaching: if the job is so pressurised, so demanding and so all-consuming, it’s difficult to see why many young teachers would choose to stick it out when they know they could get paid more for an alternative career with better work-life balance.

Something struck me about those I spoke with: all were in the top echelons of their university classes, some had PhDs, some had worked successfully in other jobs. They are well-presented and confident. All spoke of a love of their subject and a passion for teaching it. All had clearly thought long and hard about going into teaching, they were committed and possessed the potential to be really good teachers. All said teaching could be a really really great job.

But they also spoke of the strain teaching had put on their lives, on their families and friends, on their health. One spoke of a breakdown brought on by pressure. Another told me how senior management notified them halfway through their NQT year they would be dismissed at the end of the school year. I was told of a trainee failed by their school one week from the completion of the training year. It was sad that some of them felt they had to leave the profession, but I fully understood why.

Does it really matter if our young teachers are quitting the profession? As long as there is a steady supply of new recruits into teacher training then we’ll always have teachers to put in front of classes.

Education expert Dylan Wiliam once said, ‘We need to create time and space for teachers to reflect in a structured way and to learn from their mistakes.’ It seems in the current environment our young teachers have neither time, space, nor the luxury of making mistakes.

David Fulton is a chemistry lecturer at Newcastle University. He has taught over 1000 students, many of whom have subsequently trained to become chemistry teachers.