In The Hitchhiker’s Guide to the Galaxy, the city-sized supercomputer Deep Thought calculates the ‘Answer to The Ultimate Question of Life, the Universe and Everything’. After seven and a half million years of processing the result is … 42. Confusing to Deep Thought’s creators, but to a chemist, the answer makes sense: 42 is the atomic number of molybdenum – the key to life on Earth.

Origin of the species

Molybdenum is essential to all living creatures as it lies at the heart of enzymes, such as nitrogenase, that convert nitrogen gas into ammonia. Without this process organisms would not be able to produce fundamental biological building blocks such as nucleotides for DNA and RNA or amino acids for proteins. 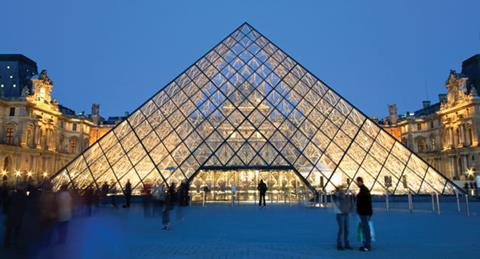 Because of the importance of nitrogen-fixing enzymes, molybdenum is thought to have been a limiting factor in the development of life in the early oceans. Only the molybdate ion, MoO42-, is soluble in water, and so molybdenum would only leach from rocks if there was enough free oxygen available to oxidise the ore. Once soluble molybdenum was available, biology sprang into action breaking down nitrogen gas and incorporating its atoms into the building blocks of life.

In a similar way, scientists realised in 2009 that the availability of molybdenum is the limiting factor in the growth of trees, not the availability of phosphate as was previously thought. Nitrogen uptake by trees relies heavily on soil bacteria carrying out the essential process of converting atmospheric nitrogen to ammonia. Because of this, a phosphate fertiliser will not improve growth in trees unless it contains traces of molybdenum.

There are in total around 50 molybdenum-containing enzymes, used by bacteria, plants and animals. In humans, one of these enzymes in particular can cause some problems. Xanthine oxidase produces uric acid, the method by which the body gets rid of unwanted nitrogen-containing substances. However, this enzyme can become too active, leading to crystals of uric acid being deposited in joints and tendons. Gout, also called ‘the disease of kings’, is becoming more common. Modern treatment for this condition targets xanthine oxidase to depress its activity.

Aldehyde oxidase is a friendlier molybdenum-containing enzyme. Responsible for converting aldehydes into carboxylic acids, it’s required for the metabolism of alcohol. In the body, ethanol, after providing it’s desired effects, is oxidised to ethanal, and the build-up of this aldehyde is responsible for the resulting hangover. Eventually, aldehyde oxidase intervenes, converting the ethanal to ethanoic acid to be used as a source of energy.

While nature makes use of molybdenum in some of its most critical machinery, humans use it in some of our most extreme.

Most molybdenum metal is used in alloys, primarily steel. Known as ‘moly steel’, just a few per cent of the element can give the alloy high strength up to 2000°C, low expansion coefficient and high resistance to corrosion and wear. Moly steel is used for parts in vehicles, jet engines, and even rocket engines. The famous steel-and-glass pyramid outside the Louvre in Paris is made from moly steel.

The properties of moly steel are also excellent for making tools. The higher the stress the tool experiences, the higher the molybdenum content should be, with high-speed tools containing as much as 7%. These are referred to as M-series high-speed alloys and are used for drills, gear cutters and saw blades.

Molybdenum might not quite live up to being the answer to life, the universe and everything, but it is mostly harmless and its properties have shaped the world as we know it.

Find out more about molybdenum’s role in life on Earth.