This year the ViCE meeting was held in Durham, and in this article, I try to give a flavour of some of the themes discussed 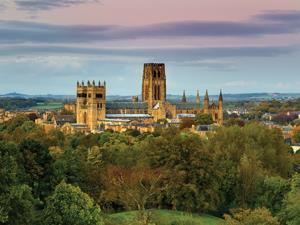 After a summer of big conferences (ICCE, ECRICE, BCCE), the final meeting before term restarts was the annual Variety in Chemistry Education (ViCE), held at the end of August each year. The conference is co-hosted with the Physics Higher Education Conference (PHEC), and while it is much smaller in scale, it is pound for pound (or Euro for Euro) one of the best meetings on the calendar. This year, the hosts were Durham University, and it had the usual high standards of useful and pragmatic presentations by academic staff showcasing different strategies for the teaching and learning of chemistry.

The opening keynote was from Simon Lancaster, winner of the 2013 Higher Education Teaching Award. His talk “questioning the lecture” aimed both to stimulate some thought on why we continue with the traditional lecture format as well as stoke some discussion on alternative strategies. He succeeded on both counts, and it set a good tone for the meeting by getting participants talking to each other early on. Simon’s thoughts on screencasting and on the flipped lecture have previously appeared in Education in Chemistry, co-authored by David Read.

Technology in teaching dominated the meeting. PeerWise got several mentions of course, and it appears to be passing its nadir as a “new thing”, following clickers as a technology that is now well-embedded in several modules across various institutions. There are several well-based and rigorous reports demonstrating both engagement and interaction in terms of quality of question authoring and student comments, something I have previously wondered about. Bates and Galloways’ article in EiC is a great place to start if you are thinking of integrating PeerWise into the curriculum. Technology also permeated talks on laboratory teaching (using tablets for lab submission and correction) and assessment and feedback. The latter topic included an interesting talk from Sally Jordan at the Open University, who presented some clever approaches to learning analytics based on student responses to online quizzes. While the EdTech people have been talking about this for a few years, I think this will be an interesting area for discipline-based practitioners to take on as quizzing and online assessment become more common.

Some other topics were peppered throughout the programme. I really enjoyed Katherine Haxton’s talk on using the TESTA project to examine assessment practices over an entire programme. Paul Duckmanton and Mike Cole described their use of the chemical concept inventory (CCI) in assessing their students’ understandings of various chemical topics, and of particular interest, outlined some limitations of the inventory. These were primarily due to the breadth of content the CCI attempts to cover. Megan McLean outlined an interesting project where students from chemistry and art collaborated to produce a piece of work influenced by both disciplines. Given the popularity of the last post on this blog on the topic of chemistry and art, it looks like the RSC have chosen a popular theme for the coming year. Megan showcased two sets of student work, which can be further explored at the student authored blogs, here and here. Kristy Turner provided a workshop on A-level practical chemistry that proved very popular, with participants eager to find out more about school chemistry. Felix Janeway stole the conference's most innovate talk award with a description of a fantastic induction exercise involving instructors making students several chocolate cakes, which were subsqequently used to discuss assessment protocols, plagiarism, etc. It was ingenious! 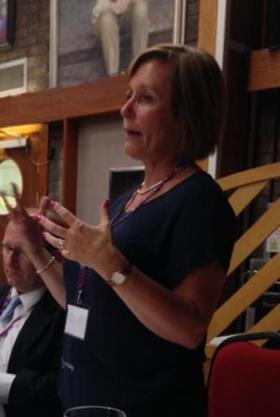 The continued success of this varied and informative meeting is in no small part due to the input of Professor Tina Overton, who has made an enormous contribution to the discipline of chemistry education. As this meeting marked her 20th conference, a score of speakers at the conference dinner stood to speak of her impact on their own practice, her on-going efforts for the development of chemistry education, and most notably her friendship to attendees old and new at Variety over the years.

Tribute is also due to the editorial staff at Education in Chemistry who seem to have a link or an article ready to back up any of the variety of topics that were discussed at the meeting. Chemistry education is well served.

A compilation of some tweets from the meeting is available at this Storify, compiled by Simon Lancaster.