Is fire a solid, liquid, gas, plasma – or something else entirely? 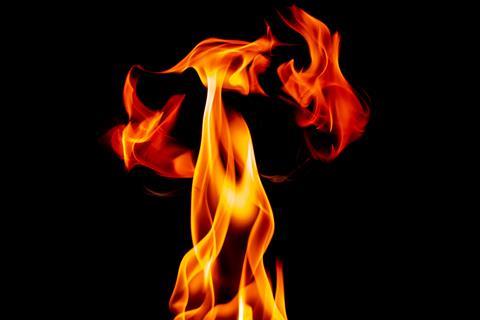 The ancient Greeks recognised that fire doesn’t have the same physical properties as earth, air or water, but do we know much more these days? Let’s look at the thorny question – what exactly is fire?

History doesn’t record what humans thought when they first saw fire, but one imagines it was something like ‘what on earth is that?’ And that’s a good question, because over a million years later, we still can’t pigeonhole fire into any of the fundamental states of matter that describe other substances so well.

What we know for sure is that fire is the visible effect of combustion – an exothermic chain reaction requiring the fire triangle: oxygen, heat and some type of fuel. Combustion resulting in fire can only occur between gases (liquid or solid fuels must first be vaporised for there to be a flame) and that gives us our first clue as to how to categorise fire – it’s a gas, right?

Well, a flame certainly has many of the properties of a gas: it has no fixed shape or volume, expanding and contracting as oxygen is added or taken away. But one of the defining characteristics of a gas is its ability to expand to fill any container it’s put in. Fire doesn’t do this, which instantly disqualifies it from being a gas.

Let’s think about liquids. Liquids don’t have to conform to a particular shape and they don’t expand to fill the container they are placed in – so it’s looking good for fire. But they do have a fixed volume, whereas fire doesn’t, so that’s another state of matter that doesn’t quite fit.

You might think solid seems like an unlikely answer to the conundrum, and you’d be right. Solids hold their shape, but if you were to try to pick up a flame, your hand would pass straight through it. And then probably hurt quite a bit.

There’s also another reason why fire doesn’t fall into any of the above: once the fuel or oxygen is exhausted, fire ceases to exist. But that isn’t the case for solids, liquids or gases. And that gives us an important clue as to where to look next.

Often called the fourth state of matter, a plasma is formed when gaseous atoms or molecules are ionised to such an extent that positively charged nuclei and the negatively charged electrons roam free of each other. To do this takes energy; take that energy away and the plasma ceases to be, becoming just gas again. Ring any bells?

Sadly though, plasma is not a perfect fit either. Like a gas, it expands to fill the volume in which it’s contained, whereas a flame does not. But what we can conclude (for now) is that, of the fundamental states of matter, fire is most like a plasma.

In fact, some very hot flames do contain plasma – when the energy inside them is sufficient to ionise enough of the air molecules. A classic example is the flame generated by burning acetylene in oxygen, which reaches an eye-watering 3100˚C. The paltry 1500˚C flame produced by a wax candle, on the other hand, is too low to be considered a textbook plasma.

While we still haven’t properly answered our early human’s question, ‘what is fire?’, we have discovered that the four natural states of matter are not sufficient to properly describe everything in the universe. This is something that physicists are acutely aware of, having come up with numerous ‘modern states of matter’ to explain the plethora of phases that can be observed in the lab.

Burning to find out more? Watch this fire TikTok.