What is a chief chemist? 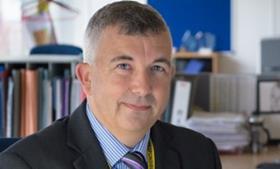 EDF Energy owns and runs the nuclear power stations within the UK and chemistry is one of the key ways that the operation of these reactors is kept safe and reliable. The chief chemist is the main chemistry contact within the company, dealing with people from both inside and outside of the organisation.

In my job I oversee the ways in which chemistry can be used to improve a power station’s performance. I work with senior chemists at each of our stations and within the central organisation to identify areas in our current system that need improving, and put plans in place to tackle them.

In particular, I look for ways we could improve the way our chemistry team is managed, the training of new and existing staff, chemistry compliance with technical standards (ie what to measure, when to measure it and what the value should be), and safety, as we work with dangerous materials such as large volumes of concentrated acids and alkalis.

I consider myself very lucky to be working with some great colleagues who know that there are always ways we can improve. We work together to suggest plans for improvement and then make sure the plans are put into practice. As a result we are able to see the chemical safety for staff improve, the plant continue to operate safely and reliably and the lifetime of the power station possibly extended.

What attracted you to becoming a chief chemist?

During my career, I have been lucky to work in many different areas of EDF Energy, both in central office and power station roles. However, at heart I have always been a chemist and I am passionate about chemistry and how it can affect the way a power station operates. The role of chief chemist was new when I took the position but it allowed me to combine many of the skills and experiences I had gained in my other roles to promote and improve chemistry. 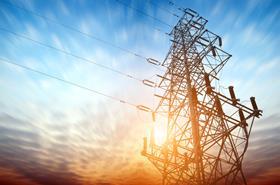 I have always worked for EDF Energy, although we have changed names and ownership lots of times, and I’ve changed jobs or roles internally even more. After completing my A-levels I joined the Central Electricity Generating Board (CEGB) in 1984 as a science apprentice. As part of the apprentice programme I spent the first two years working in various departments (~two to three months each) getting to know the business and doing a Higher National Certificate (HNC) in chemistry through day release study. I did well enough and on completion of the apprenticeship was offered a post. I continued my education to degree level via a further three years day release and part-time study. After a gap of about seven years and a series of internal job moves, including roles outside of chemistry, I was asked to take on the role of lead chemist on corrosion. To help me with this I completed an MSc in corrosion at the University of Manchester Institute of Science and Technology over three years, again through part-time study. Over the next 10 years or so I had more roles both within and outside of my specialist area, which led me to be a station chemist at one of our power stations and then to chief chemist. I have been in my current role for around five years.

Just do it, you won’t regret it. For me the role is really rewarding, I have always enjoyed the more hands-on practical side of chemistry and seeing chemistry in action, hence my career choice.