Quinine was the first successful anti-malarial, but it is now more familiar to us as the bitter taste in tonic water, but what is the story? 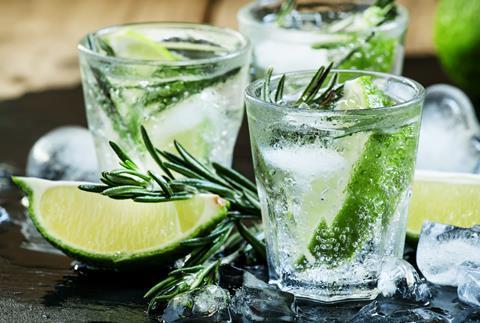 In Peru, the Quechua Indians would use the ground bark of the chinchona tree to treat shivering. In the 17th century Agostino Salumbrino, an apothecary living in Lima, wondered if the bark could be used to treat the shivers and fevers of malaria sufferers. The bark worked, not just stopping the shivers, but the disease itself.

In 1820 quinine was isolated, so that people no longer had to drink powdered tree bark. Instead the quinine could be drunk directly. Quinine is very bitter and western explorers and colonists used to drink their quinine with gin as the sun went down and the mosquitoes came out. The refreshing drink of gin and tonic water became a popular drink in its own right, and although better anti-malarials are now used when travelling, tonic water it still flavoured with the bitter flavour of quinine.

The popular drink of gin and tonic also led to the first observation of fluorescence – the phenomenon of a substance emitting light of a different wavelength to that that hit it. In 1845 Sir John Frederick William Herschel reported that under certain conditions his tonic water gave a ‘beautiful celestial blue colour’. You can see this colour yourself by looking at the surface of a glass of tonic water at an angle that is approximately at 90 degrees to the sunlight shining on the liquid and the effect is even more dramatic under UV light, for example at a disco.

While Hershel found fluorescence interesting, his main interest was astronomy. In fact, for around 100 years the science of fluorescence was perhaps more of a curiosity. In World War II the allies were interested in monitoring anti-malarials, including quinine , and this lead to the first practical spectrofluorometer to measure fluorescence spectra. Fluorescence is now widely used in analytical chemistry, forensics and medicine as well as other applications.