25% of public put off chemistry by school 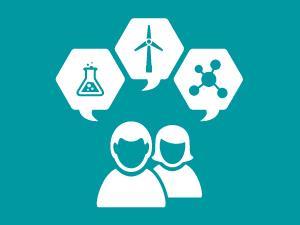 The Royal Society of Chemistry (RSC) has published the results of the first national study of how the UK public perceives chemistry, chemists and chemicals.

The study found that people most strongly associate chemistry with their school experiences, even more than with the chemical elements. And there are mixed feelings among the public about their school experience. 25% of respondents agreed that school put them off chemistry (49% disagreed), and women tended to have a more negative experience than men – 28% agreed with the statement, compared with only 21% of men.

Interestingly, young people aged 16-24 were slightly less likely than average to agree that school has put them off chemistry.

These findings closely mirror the results of the public attitudes to science report published by the Department for Business, Innovation and Skills last year.

The survey shows that the public’s view of chemistry’s impact on society is more positive than expected by professional chemists, who were surveyed in parallel. Public respondents overwhelmingly thought (95%) that chemists make a difference in the world and that chemists are trustworthy (93%).

But despite this general acclaim for chemistry, people lack specific examples of how chemistry makes a positive impact, instead finding it easier to specify and visualise negatives or stereotypes. In the absence of other associations, this was the predominant driver of responses. In general most people lack an emotional connection: half of the survey respondents said they felt ‘neutral’ about chemistry.

What’s in a career?

Perhaps the most striking result of the survey showed that most people initially associated chemists with pharmacists. Initial survey responses to the word ‘chemist’ showed an overwhelming and strong association with pharmacists (26%), medication (22%), and the chemist’s shop (13%). There is a gap in the public’s understanding of what professional chemists do.

This highlights the challenge chemistry teachers face in presenting the career paths available for students within chemistry.

‘I think teachers have an important role in meeting this challenge,’ says Chiara Ceci who led the project at the RSC. ‘Teachers themselves need to understand the breadth of careers available so they can spark the imagination of their students.’