A day in the life of a forensic scientist: Tom Geddes

Tom Geddes has spent the past four years working for LGC Forensics, Culham, as a forensic scientist. He talks to Kathryn Roberts about his typical day. 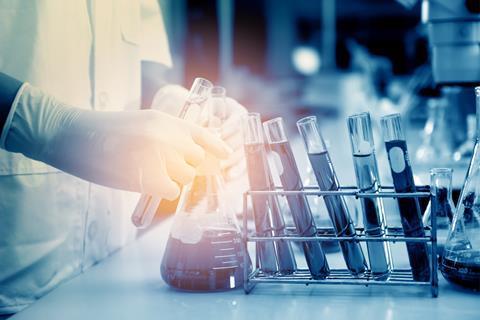 LGC Forensics, part of the 'analytical giant' LGC, provides forensic services to police forces and various other law enforcement agencies as well as to a few private clients. Tom is one of 20 scientists in the marks and traces team at Culham, where he specialises in footwear marks and glass evidence.

Four years ago Tom, like all new recruits to the division, spent six months being trained in the basics of forensic work. Strict procedures have to be learnt, including cleaning and handling equipment, moving between different departments, and wearing the right clothes to avoid cross contamination. The recruits are also trained to present their findings under the scrutiny of the legal profession. For much of this time Tom worked on other people's research projects within the different teams, familiarising himself with what everyone did. He told InfoChem, 'It is vital that we are aware of what everyone else is doing at all times so that we never compromise someone else's evidence while doing our own work'.

Fully trained and now with four years' experience in footwear and glass, Tom will have many cases on the go at once. For each case he starts by reading through all the details provided by the police on the items in question. Packed and labelled will be: broken glass; clothing that might contain small fragments (ca a third of a mm in size) of glass; footwear; and photographs of any footwear marks taken at the scene of the crime. Tom looks at the evidence and decides what items need to be examined and what tests should be done.

Much of the experimental work he does himself, or it is done under his supervision. Glass, for example, found on clothing is tested for its refractive index to see if this matches the refractive

index of glass fragments also found at the scene of the crime. If a match is found he will look at the samples in more detail. By using microprobe analytical techniques, such as scanning electron microscopy, he can determine the elemental composition of the glass samples. While some elements are present in all glass, others, for example impurities that have crept in during the manufacturing process, differ from one sample to another and therefore act as markers. Other tests can reveal whether a glass is toughened or not. With footwear, Tom is looking for unique features of a shoe that will set it apart from any other, in the form of footwear characteristics or damage features. He uses 'lifting techniques', eg gelatine lifts, to remove footprints from surfaces and enhances these digitally to compare with other shoes. All the experiments are done in a clean room, and can take several weeks to complete, especially if there is more than one suspect in the case. He cannot examine evidence from two suspects in the same case on the same day because there would be a risk of contamination.

Experimental work finished, Tom writes an 'opinion-based' statement on his findings, which will be read by the prosecution or defence later in court. Occasionally he is called to court as an expert witness to explain his findings. As part of his own professional development, he is able to go to crime scenes with a senior colleague to look at evidence from a different perspective. 'The benefit of working at LGC Forensics', says Tom, 'is that we cover many diverse areas and can therefore develop our expertise'.

The diversity of the work attracts Tom to the job - there's always something new to see in every case, he says, which is always interesting and occasionally surprising. But the real challenge, beyond the benchwork, he admits, is taking highly technical scientific knowledge and translating it into something which can be understood by a jury.