A day in the life of a research scientist: Tom Salter

Tom Salter has spent the past two and a half years working for Dstl as a research scientist. He talks to James Berressem about his typical day 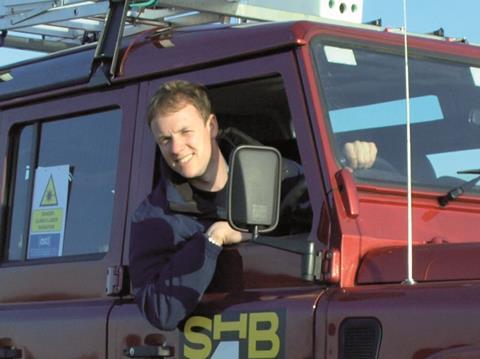 The Defence Science and Technology Laboratory (Dstl) is an agency of the UK Ministry of Defence (MoD) and exists to supply the best, impartial, scientific and technical research and advice to the MoD and other government departments. Its workforce of 3500 scientists and engineers are located at three main sites. Based at the Fort Halstead site in Kent, Tom is a member of the explosives detection equipment team, which develops innovative equipment to detect and identify explosives such as TNT. He specialises in the application of spectroscopy in the detection of explosives.

Currently Tom is the technical lead on four projects, each of which aims to address particular detection requirements identified by the UK's armed forces. But developing a useful detector based on techniques such as Fourier-transform infrared (FTIR) spectroscopy and Raman spectroscopy is not straightforward. 'Since the equipment will be used by a non-technical user the detector must be easy to use', explains Tom. 'The detector must give a quick and clear result, and it must be lightweight, robust and reliable so that it works in all conditions and temperatures'.

Often equipment development projects are based on a collaboration between Dstl and external research organisations, eg universities, companies and other government departments. Tom spends some of his time reviewing published research to identify groups that are working on new technologies which might be exploited for detecting explosives. He visits developers of potential useful technology to find out more and agree contracts for them to contribute to his project. These project partners are based across the UK and the world so Tom travels a lot with work. He regularly attends large international science conferences each year to keep up to date with the latest research and meet useful contacts.

From lab tests to field trials

When he is not meeting with project partners Tom spends his day in the laboratory evaluating new technologies and prototype detectors. Tom evaluates new equipment against lab-based spectroscopic instruments such as FTIR, uv-vis and Raman spectrometers. Using samples of explosives, he tests the product's selectivity and sensitivity and builds up profiles on particular characteristics such as its false alarm rate.

Tom also takes new equipment out for field trials where he conducts his own tests and trains the military in using the detection equipment so that he can collect feedback from soldiers on its performance. 'Placing the equipment in the hands of the military is the ultimate test of robustness - if it's possible to break something, you can guarantee they will break it', he says. Tom analyses the data collected from lab and field tests and writes a report. In his report Tom may recommend that the detector is put into production or purchased so that it can be supplied to troops or he may highlight to the developers modifications that are required.

The threat UK armed forces face from explosive devices is continually changing which means Tom's work is always varied and challenging. In particular, he enjoys the applied nature of Dstl's work. 'I'm really happy that every day I'm using my knowledge of chemistry to solve real problems', he says. 'And it's satisfying to know that I'm developing products that will help save people's lives'.

2003-07, PhD in molecular spectroscopy at the University of Leicester

1999-2003, MChem in chemistry at the University of Leicester