A day in the life of Julian Huppert

Julian has been MP for Cambridge since 2010 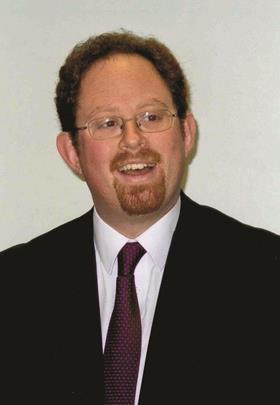 From the lab to the debating chamber

Julian originally trained as an organic chemist. He gained a PhD in biological chemistry then had a position as a research scientist at the University of Cambridge. His research looked at the structures formed by nucleic acids, providing an insight into the various functions they perform.

Outside of science, Julian has long been politically active as a member of the Liberal Democrat party, including being a county councillor for eight years. In 2010 he was elected as the member of parliament for Cambridge.

Julian’s time is split between his constituency in Cambridge and the Houses of Parliament in London, and so a typical day depends very much on where he is working.

A day in London may start with attending a committee hearing. Julian sits on the House of Commons Home Affairs Select Committee, which reports on the work of government departments and covers areas such as immigration, policing and drugs policy. The work of a committee includes discussing reports, receiving evidence and questioning witnesses.

Meetings and committee work continue into the afternoon, and during this time the House will start to sit. Julian will try to get into the debating chamber to ask questions and contribute to the debates, which conclude with a vote at around 10pm.

With his background as a research scientist, Julian has been able to speak knowledgably during recent debates on drugs policy, arguing for scientific evidence-based approaches to legislation, and also on collecting tissue samples as alternatives for animal experimentation in scientific research.

Julian’s experience as a scientist is also useful in the more general work of parliament, eg lobbying for more money for science in the budget, arguing for the recognition of PhD qualifications in the immigration process, or contributing to the debate on libel reform.

As a scientist, Julian is prepared to change his mind if he receives new evidence. He says that this is rarely seen in other politicians, as changing your mind is usually interpreted as a sign of weakness.

Every Friday Julian works in Cambridge. He may spend the morning visiting schools and companies but much of his time is spent in his office attending to casework. Constituents write to Julian asking for his assistance on a wide variety of matters (such as tax, housing and immigration) and every letter receives a reply. Any constituent can make an appointment to see him at his surgery. Last year Julian and his team dealt with 5500 cases.

Most of the queries his constituents bring are not scientific in nature, but Julian can use the skills in problem-solving and analysing evidence he has developed as a scientist to help to resolve a case.