If you prefer not to open a window, then there are three ways of removing an unpleasant smell from a room - overpower it with one that is much stronger smelling; disguise it by blending it with molecules to create a pleasant odour; or remove it from the air. All these methods are used by air freshener manufacturers and they can be applied in the form of volatile gels, candles, plug-in devices, battery operated jets, and from spray cans. 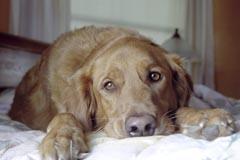 There are five categories of domestic smell that humans find most offensive: lavatory odours; tobacco smoke; stale cooking smells; pet odours; and mouldy odours. The molecules that constitute these malodours are categorised by their chemical groups. Some contain a carboxylic acid group, some are nitrogen-containing compounds, and some are molecules with a bivalent sulfur atom, such as in the infamous hydrogen sulfide, H2S.

Lavatory odours are made up of a few strong smelling molecules, such as butanoic and
3-methylbutanoic acids, which are formed by bacteria in the gut, plus some H2S, along with the nitrogen-containing chemical skatole (3-methyl-1H-indole) which is characteristic of human faeces.

The easiest way to dispel an offensive odour is to hide it under a much stronger, more pleasing smell. A better way is to incorporate it as a base note in a mixture which then smells pleasant. This is akin to what perfume chemists do when devising a new fragrance. This has to consist of top notes, which are fresh smelling fragrances like lemon or grass, middle notes that are characteristic of heady smelling flowers like irises or orchids, and base notes which are typically 'animalistic' such as musk. Some air fresheners supply the top and middle notes and rely on the malodour to provide the bottom notes, thereby creating an overall acceptable fragrance.

The newer air fresheners rely on triethylene glycol (TEG), H(OCH2CH2)3OH, to absorb molecules and remove them from the air. Add around 5 per cent of TEG to an air-freshener spray and it will absorb malodours as its droplets of vapour move through the air and eventually fall to the floor. It is especially good at absorbing molecules which have a bivalent sulfur atom or an aromatic ring as part of their structure, such those characteristic of pet odours, lavatory smells, and cigarette smoke.

Finally, there are odour-trapping molecules such as the cyclodextrins. These giant rings made up of six or eight glucose units can absorb malodour molecules within their inner cavity. Products, like Febreze, which incorporate these molecules are meant to be sprayed onto a smelly surface and left to dry, thereby creating an invisible film that prevents further malodour molecules escaping into the atmosphere.