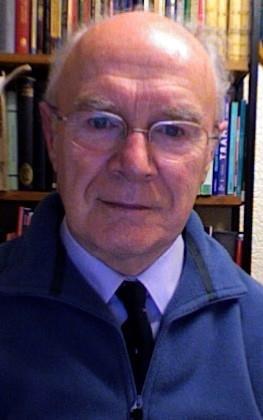 Alex Johnstone was a giant in the UK and global chemistry education communities. He published some seminal papers and won international awards for his work, including the Nyholm prize from the Royal Society of Chemistry (1979) and the American Chemical Society award for Achievement in Research for the Teaching and Learning of Chemistry (2009).

I first met Alex when I was co-opted onto the RSC Education Division Council over 20 years ago. He was the president of the division at the time and I was in awe to be working closely with this legend. I found him welcoming, witty and wise.

Alex had a long career in secondary and tertiary chemistry education, but for me and my peers it was his work in chemistry education research that was so influential. He demonstrated how scientists could make the transition to pedagogic research. He adopted research designs that made sense to scientists and used language that made his findings accessible. In particular, he made cognitive load theory and the information processing model relevant to the education of science undergraduates. Today, discussion of these issues in chemistry is still informed by his papers.

Alex’s research was never for its own sake but always grounded in improving student learning, about which he was passionate. He introduced the chemistry education community to the power of pre-laboratory activities to enhance student experiences and learning and rethought how we model problem-solving activities. His research on preparing undergraduates to learn in lectures certainly predicts the current vogue for lecture flipping and demonstrates how Alex was so often far ahead of his time. His approach is neatly summarised in his ‘Ten Educational Commandments’. Look them up, print them out, pin them on your office wall and read them every day, as I did years ago. They are almost all the guidance a new university teacher needs.

I heard Alex speak at conferences and meetings many times and never tired of watching him perform. He was charismatic and entertaining. He also didn’t suffer fools gladly and I was grateful never to be on the receiving end of one of his probing and insightful questions. He is still cited in conference presentations and I am sorry for those presenters who only know him as a name.

When he retired he did it properly, as he did everything, and enjoyed traveling with his wife Martha, spending time with his children and grandchildren and walking in the hills of his native Scotland. I am privileged to have known him as the man: warm, wise, funny and great company.