Recent research suggests that the focus on UK student workloads in comparison to their peers in continental Europe could undermine the value of UK chemistry degrees. More clarity in the learning outcomes of bachelors and masters degrees is called for to maintain confidence in the UK Higher Education system 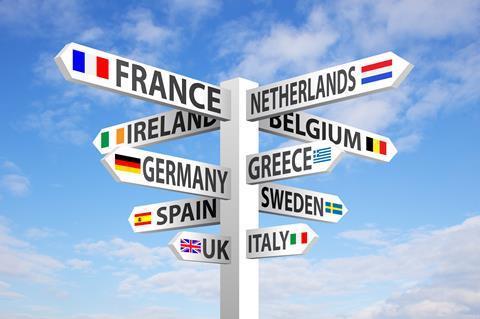 Chemistry in Europe, how does the UK fit in?

In June the Higher Education (HE) chemistry community took time to discuss the Bologna Process in light of the work recently done by the Mastering Bologna group, chaired by Professor Tom Welton, head of chemistry at Imperial College London. This project forms part of the Royal Society of Chemistry-led (RSC) initiative, Chemistry for our future, funded by the Higher Education Funding Council for England (HEFCE).

Speaking at a meeting, Bologna - the way forward, in London, in June, organised by the RSC, Welton, said, 'Two years ago we started out to look at how UK HE chemistry would or would not align with the Bologna Process, but as time passed our understanding of this process and the Government's has changed, so that we are now addressing the readiness of UK chemistry to succeed in the European Higher Education Area (EHEA). What has become clear is that the concept of compliance doesn't exist in the Bologna Process. There are no "police" to say one course complies with Bologna and another does not - it's up to the individual institutions how they go forward'.

Lest we should forget the Bologna Process is about increasing the mobility of students and staff across Europe by having a system of transferable and recognisable qualifications. It is not, as Welton pointed out, about introducing a single homogeneous HE system, a fixed model to which every HEI in Europe must comply.1

There are, however, two features that characterise the Bologna Process - a three-cycle system of bachelors, masters and doctoral-level qualifications; and the European Credit Transfer System (ECTS), which is defined by learning outcomes and student workloads. Only at the bachelors level is it stipulated that this has to be a minimum of three years, otherwise the length of a programme is not mentioned as a necessary requirement for a particular qualification. And what is becoming clearer is that while several universities, in several countries, have implemented a '3 + 2 + 3' system, by no means all have done so, and this certainly does not represent any 'Bologna model'. A report, published in April by the UK HE Europe Unit, on masters programmes in France, the Netherlands, Germany and Bulgaria, Mastering diversity by Wendy Davies (University College London), found clear variations in duration and workload in their masters programmes, though none awarded this degree after only four years.

So how do UK chemistry courses continue to be successful in the European HE Area in the coming years? To take this forward Welton's group has now collected numerical data on the number of taught, practical and self-directed study hours for students on bachelors, MChem courses and free-standing masters in 23 departments. The aim was to find out if UK HE qualifications match the ECTS credits accepted for the different qualifications across Europe under Bologna. (An ECTS = 25-30 hours' work; one academic year = 60 ECTS; one calendar year = 75 ECTS; a bachelors qualification has 180-240 ECTS; a masters, 90-180, with a minimum of 60 at masters level.) As part of the project, an independent professional also visited a cross section of selected departments to do a 'SWOT' analysis of the 'strengths, weaknesses, opportunities and threats' of three alternative models to the current UK HE system of (3 + 1) + 3 - ie by extending the final year to a full calendar year (3 + 1(cy) + 3); or by having a 1.5 'super extended year' (3 + 1.5 + 3); or having a 3 + 2 + 3 system.

As it stands the UK one-year masters and integrated masters appear to fall short of what is expected based on ECTS credits alone. Although, as Welton pointed out, the criteria suggest that a student could qualify for doing a PhD by doing two masters courses at 60 ECTS each. In France, for example, students can do M1- and M2 masters-level courses, depending on if they want to enter employment after one year (M1) or they want to do a PhD (M1 + M2), so there is some flexibility there, he said.

If it comes down to a number crunching exercise on 'workloads' - contact hours, claimed hours by academics or by students - the group found that few UK bachelors or masters chemistry courses demonstrated the accepted number of ECTS. 'The issue we have', said Welton, 'is that we have shorter academic years and shorter teaching weeks than other countries in Europe'.

Learning outcomes, which the group surveyed by looking at each department's programme specifications on the web, were found to be very variable. With the exception of Bangor's chemistry department, these offered very little clarity in differentiating between bachelors and masters levels. The only common statements the group found that were useful were those written in reference to the Quality Assurance Agency's (QAA) subject benchmarks. 'If these are to be useful departments need to make clear what the learning outcomes are', said Welton, 'otherwise if there is too much focus on "raw numbers" our degrees will look lightweight and this will undermine their value'. Dr Nick Harris, QAA, reaffirmed this. He said, 'There is a real risk of talking ourselves into appearing to be weak when we are not. Our graduates may not be as strong in maths as some of their peers in other countries in Europe, but they do remarkably well on the job market. You must be confident in what you are doing and have a basis for that confidence by pushing the learning outcomes because these are important. He also pointed out that because much of the rest of Europe legislates for 'annual expected workload' along the same lines as it does for workers, the claims made by departments in the rest of Europe rarely match what the students actually do.

Feedback from the SWOT analysis suggested that over half the departments favoured moving to the 3 + 2 + 3 model, or a close derivative of it because they agreed that an eight-year PhD model was necessary. Of this group, 20 per cent said the (3 + 1) + 1 + 3 model would provide more flexibility in the use of study time. Twelve participants wanted to maintain the status quo. Overall, said Welton, there seems to be a clear preference for an eight-year model to be 'made available', as opposed to 'everybody must do it'.

On the positive side, the report found that departments saw the Bologna Process as providing opportunities to improve the quality of qualified students and as a way of attracting more EU and overseas students. However, the chemistry community agrees that a poorly resourced transition would create unnecessary stress and undermine confidence in the current system. What is also clear is that the chemistry community cannot go to Bologna alone - they need to make the journey together with the science and engineering communities.

The full report, Mastering Bologna, will be available in the autumn.