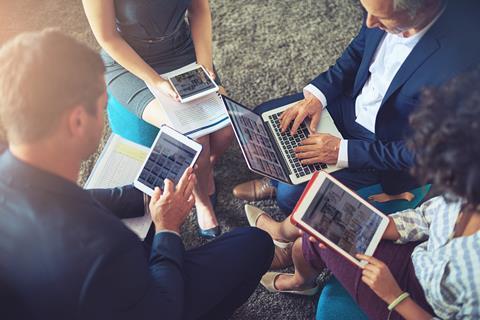 Chemistry relies on reactivity, so chemists have puzzled for years over how to make and break bonds in unreactive molecules. David Stuart and Keith Fagnou of the University of Ottawa in Canada are now developing a range of catalysts that not only speed up reactions but can endow a group of important molecules with much greater reactivity than normal.1

Unreactive arenes are joined together to make biaryls, which are components of a wide range of materials for use in organic light emitting diodes (OLEDs). Such OLEDs are used for mobile electronic gadgets, artificial photosynthesis units for generating electricity from sunlight, and liquid crystals for computer displays. The same chemical units are also found in pharmaceuticals, such as the powerful antibiotic vancomycin and the anticancer drug Glivec.

Stuart and Fagnou explain that to make unactivated arenes, which are intrinsically stable, form biaryl units in any given molecule, usually requires a lot of chemical modification. Chlorine or fluorine atoms are commonly added to one arene and a metal-containing group is added to the other to make them actively seek each other. However, this requires several complicated reaction stages and leaves behind toxic metal byproducts.

The Ottawa team has now found a catalyst for the coupling reaction that works without modifying simple arene starting materials and without producing metal-containing waste. 'We have used palladium, in conjunction with a copper oxidant, to catalyse the cross-coupling of N-acetylindoles and benzenes in high yield and high regioselectivity across a range of indoles without recourse to activating groups', says Stuart. The researchers explain that their approach could offer industry a much more environmentally friendly and cheaper way to create molecules containing the biaryl group.