From hair and beauty to identifying remains from the first world war, Charlotte tells Ian Le Guillou how apprenticeships have been a great route into chemistry 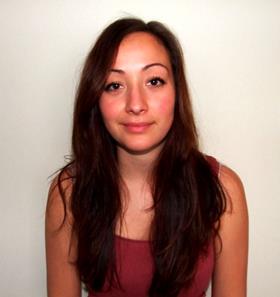 Charlotte had little idea of what she wanted to do after finishing her GCSEs. She was a bright pupil but did not like the thought of staying in school to do A-levels. However, finding work would not be easy with few qualifications and no experience. As a compromise, she enrolled on a course at a hair and beauty college while working part-time at a hairdressers.

A year after her course finished, now working full-time at the hairdressers, Charlotte began to think further ahead. She still was not sure what she wanted to do, but had the feeling that science might hold the answer: ‘I enjoyed science at school – it was one of the few subjects that I thought was quite interesting. On the hair and beauty course, we had a course on physiology and that was the part I enjoyed the most.’ After a conversation with her dad, who used to be a fire investigator, she began to like the sound of forensic science.

‘I thought about going back to college to do a forensic science subject but they said I didn’t have enough science background or grades to get on the college course.’ However, Charlotte heard about a new apprenticeship scheme starting at LGC Forensics, a company that provides a range of forensic services for police forces and civil cases.

Apprenticeships are quite hard to come by and the scheme at LGC Forensics is one of the first of its kind. They took on 22 apprentices that year, including Charlotte, based around the country. The apprentices were assigned to different areas of forensics, from toxicology to radiochemistry. Charlotte went straight in as part of the DNA analysis team: ‘I worked on civil paternity cases [and] I also had quite a lot of involvement on the Fromelles project. That’s a project to identify soldiers who were killed in the battle of Fromelles in the first world war. We send kits to people in Australia and the UK so that they can send us their DNA and we can process that and compare it to unidentified remains.’

The unique aspect of the apprenticeship scheme is the balance between working and studying. ‘Four days a week you’re working in the office or the lab, and then we had a college day where you do the theory work. You have to do quite a lot of work, like essays and assignments.’ This is one of the aspects that Charlotte appreciates the most: ‘I prefer to work and do college work at the same time, rather than just college work. I think it’s much more interesting if you can see where the theory is being applied.’

The course that the apprentices go through leads them to obtain BTEC and NVQ qualifications in forensic science. The syllabus, set out by Birmingham Metropolitan University, covers a wide range of forensics from photography to analysing blood patterns to court procedures.

Charlotte is now working at LGC Forensics full-time, having just recently finished her 18 month apprenticeship. ‘I enjoyed it a lot, for me it was more than I expected really.’ She’ll now be working in the radiochemistry department and picking up a whole new set of techniques.

During her apprenticeship, Charlotte was asked to come along to an LGC Forensics event at a school. As Charlotte describes, the A-level students there ‘were shocked to see that I didn’t have a science background and that I worked in a lab environment. They weren’t even aware of apprenticeships.

‘I think I’m quite a good example of getting into science without a typical science background.’