Faraday's hot science in the ultracold 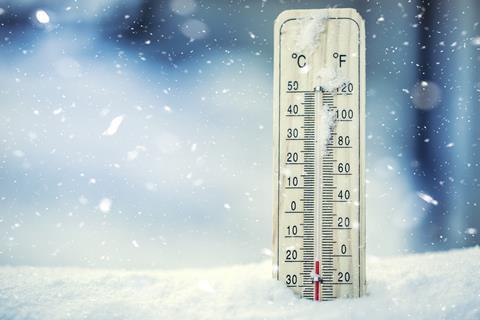 A Faraday Discussions meeting organised by the Royal Society of Chemistry (RSC) and held at the University of Durham in April revealed how research into ultracold molecules close to absolute zero is progressing rapidly and leading to new insights into our understanding of matter.

'During 2008, several research groups around the world succeeded in producing ultracold molecules in their lowest rotation-vibration state for the first time', explains the meeting's chair, Jeremy Hutson of Durham University. This has been a major scientific goal for several years. The discoveries will let researchers create and study new phases of matter that follow the rules of quantum mechanics. Such research might also lead to new ways to control matter and eventually help us develop incredibly powerful quantum computers.

'Collaborations between experimental and theoretical research groups in particular have been crucial in recent developments', Hutson says, 'and EuroQUAM scientists are now ideally placed to exploit the new results'. EuroQUAM is a research programme of the European Science Foundation started in 2007. Two EuroQUAM-funded projects on molecular quantum gases are particularly important and promising areas of research.

Matthias Weidemueller of the University of Heidelberg, Germany, and his colleagues are focusing on manipulating many-body quantum systems using coherent light at a tiny fraction of a degree above absolute zero. The research involves merging two different atomic clouds at ultralow temperatures to produce ultracold molecules of lithium and caesium using laser light. The team could store these molecules at 100 μK (10-4 K) at densities of just 100 billion molecules cm-3. Weidemueller explains that, 'With these developments, we are at the dawn of a new era for the understanding of complex quantum systems. In particular, [this] paves the way to the self-assembly of exotic crystalline structures'.

Rudolf Grimm of the University of Innsbruck, in Austria, and his team meanwhile have been doing work on Cs2 and Rb2 molecules. Their work investigates the quantum properties of weakly bound molecules and more tightly bound 'triplet' species. The team produces these different species using a special two-colour laser field. These ultracold chemical species exist in what is known as a 'dark' state that cannot absorb light, which makes them stable. Demonstrating such ultracold stability could allow scientists to study and optimise the formation of so-called Bose-Einstein condensates. In this unusual state of matter, every atom or molecule is in exactly the same quantum state and so can be used to probe quantum phenomena such as wave-particle duality, superfluidity, and other properties without the need to isolate individual atoms or molecules.