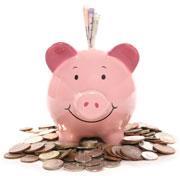 Universities will get ca £1000 per student extra in high-cost science subjects including chemistry, that HEFCE has identified as strategically important to the economy and to society but are vulnerable because of 'relatively low student demand'.

According to HEFCE the money will help maintain provision in these subjects while demand from students grows as a result of other HEFCE-supported initiatives. The Royal Society of Chemistry's (RSC) Chemistry for our future (CFOF) is one example of an initiative aimed at increasing student demand for chemistry in universities in England. There are similar projects aimed at physics and engineering students.

The RSC welcomed the additional money, seeing it as a good start to addressing the underfunding of HE teaching in England.