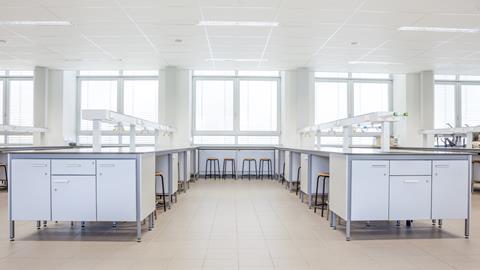 How much practical work?

A report from the Wellcome Trust says 29% of GCSE students reported doing practical science less than once a month. What did twitter have to say in response?

Not here - upset if I don't do a lesson with it! https://t.co/ahEZ0ocPek

a whole lot more than that.... Are student necessarily reliable reporters of practical work?

.@doc_kristy Are we actually sure that less practical work is a bad thing? Or is this just an assumption? @RSC_EiC

I hope so, it REALLY annoys me when stuff like this is reported, I actually surveyed my local schools about this

also that, kids like practical work (often because it's not writing) not necessarily because it is effective teaching

.@doc_kristy a point I and others have repeatedly made. @RSC_EiC

Also, teachers like practicals because, in many ways, less demanding for them: https://t.co/CjUWRNPFd1 @RSC_EiC

Ours do a lot more but it’s a struggle with lack of a budget and lack of technician hours :(

depends what you're trying to achieve. Careful planning and good training are essential for effective p use

totally doesn't count if you don't get the Bunsens out as far as they're concerned!

.@doc_kristy I just hope that efforts around practical work are motivated by what actually works, not ideology @TJWilson92 @RSC_EiC

I think we all agree that evidence-based practice is important (: Ideology influences everything, even sci

Depends which part of the syllabus you are teaching - some of it (astro ,for example) can be fairly practical free

it may also be an overreporting: amazing what is counted as a practical...

we have 1 technician serving nine teachers. He’s a saint but it’s harder to do practicals often

Oh so many issues here: what is a 'practical'? Funding? Ability of student? Safety? Equipment? Teacher competence? Training? https://t.co/7NoCO61rIF

Often, there’s so much content to teach and limited time

We do far more than that

I have 50 mins per lesson Take off 10 for admin etc. In 40 mins can do illustrative only.

I studied three sciences at GCE a long long time ago. One double lesson practical per science per week. I was alarmed to hear how little practical work there is in GCSE science in the 21st century. Reasons include time pressures, cost, health and safety. Result: 2 million person black hole in the STEM economy in the next ten years. We don’t need scientists and engineers that can sit and listen to a teacher. We need scientists and engineers that can actually do stuff with their hands.

Add in the fact that experienced technicians are leaving and retiring, or being made redundant quite often they are replaced with people who have never been technicians before because slt think anyone can do it. Also add in budget cuts where science departments don’t have enough money to even buy basic chemicals I help mentor our student teachers as do many techs, I help with sorting out what pracs are good and effective and keep a good eye on health and safety. We do loads of pracs but I know of many schools where this isn’t the case. This is simply a storing up problems for the future and I thank God that my kids have finished education and I can step down in a few years and do something else

depends on the topic! New GCSE can be crippling in places. Entire section on quant Chem. Otherwise aim for every other lesson.

I aim for either a practical or demo once a week for chem: I think we do more practical work than bio or phys though unfortunately

Practical work doesn’t help students understand the content in most places in the gcse curriculum. The 2016 curriculum is better. See what students say in 2019.

Ours do loads almost a practical every lesson in a large school that’s a heavy workload. More technical help would be the best way forward in my opinion but it is hard to raise the technical profile.It a pity there is no recognised professional body.Ase have been doing great work but proper fiscal renumeration would be a good answer.

I find this hard to believe particularly for single science chemistry(old triple) trilogy does vary more due to lack of specialised teaching https://t.co/s4z48QAnSl