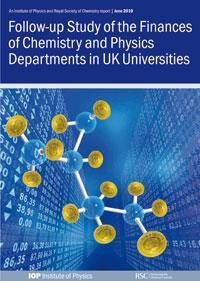 In June the Royal Society of Chemistry (RSC) and the Institute of Physics (IoP) published a joint study on the financial situation of chemistry and physics departments at UK universities. The document was a follow up to the societies' separate reports in 2002/3 (RSC) and 2003/4 (IoP) that concluded that departments across the country were running on substantial deficits in both teaching and research.

The new report used data from the 2007/8 academic year and found that while deficits for teaching in English universities are now smaller because of efficiency savings and increased funding, English chemistry departments on average still run teaching deficits of 10 per cent. Other UK countries' chemistry departments have larger deficits because of the lack of additional funding for teaching that comes from tuition fees.

The report concluded that university chemistry and physics departments across the country should be supported through this 'austerity era' to prevent the country's scientific talent from being squandered.

In a joint foreword, chief executive of the RSC Richard Pike and chief executive of the IoP Robert Kirby-Harris argued for continued financial support, concluding that 'a strategy for the sustainable provision of chemistry and physics in the UK is vital if we are to reap the benefits that these disciplines bring to our standard of living and well-being both now and in the future'.