Lincoln adds HE to chemistry

Speaking to Education in Chemistry, Dr Mark Baron, principal lecturer in analytical chemistry in Lincoln's department of forensic and biomedical sciences, said that the university had committed its support to a proposal put forward by the department's chemists to introduce a four-year MChem degree in forensic and analytical chemistry. The announcement comes hot on the heels of similar good news stories for the future of chemistry provision in HEIs in the UK, including Queen Mary, University of London, the University of Central Lancashire and Mid-Kent College of Higher and Further Education.

Chemistry back in vogue 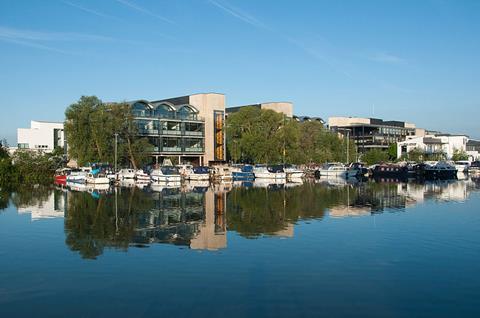 Looking towards the University of Lincoln across the Brayford Pool

Housed in a modern science centre built in 2000 on Lincoln's Brayford Pool Campus, the department's main undergraduate programme is a three-year bachelors in forensic science. First offered in 2000, interest in this course has steadily grown so that now the course admits in excess of 100 students every year. This continued success has catalysed the department's growth - there are now eight chemistry teaching staff.

Last year Lincoln applied for and received Royal Society of Chemistry (RSC) recognition for its forensic science programme. This required staff to demonstrate that more than 50 per cent of the course content comprised chemistry and that this was delivered by chemists within the department. This RSC seal of approval, coupled with burgeoning research in analytical chemistry in the department, spurred on Lincoln's chemists to develop their proposal for a full chemistry degree.

The proposal is timely. The current climate of Government-funded initiatives to support the provision of STEM (science, technology, engineering and mathematics) subjects in HE and recent renewed student interest in chemistry have led several universities to reintroduce chemistry programmes. Earlier this year Queen Mary, University of London announced it would add two new chemistry-related degrees to its MSci pharmaceutical chemistry course, which has proved popular with students since its introduction in 2005. The two BSc programmes - chemistry with biochemistry and chemistry with forensic science - are planned for first offer in October 2007. From September 2007 a single honours chemistry degree will again be offered at the University of Central Lancashire, where chemistry provision was cut in 1999. Meanwhile, an HND course in applied chemical sciences has been in operation since September 2006 at Mid-Kent College of Higher and Further Education, where chemistry had been absent from the curriculum for 7-10 years.

The future of chemistry at Lincoln

Lincoln will offer its new chemistry degree from 2008, with the aim to recruit 25 undergraduates in the first year. 'The course will be flavoured with relevant, applied contexts through which the chemistry will be taught', says Baron who is confident that Lincoln's chemists can deliver such a course. The department also wants to play a role in widening participation in HE chemistry at the regional and national levels with its staff keen to get involved with the outreach strand of the RSC-run Chemistry for our future initiative in the East Midlands.