In February, the Science Diploma's Line of Learning Statement (LOLS) was put out for a three-week consultation to employers, students, parents, teachers and members of the science community in England. Rosalind Mist, SCORE* manager, told Education in Chemistry, 'In principle, the SCORE partners welcome the Science Diploma as a new multidisciplinary science qualification with an applied focus and as an opportunity for a radical revision of school science'. However, the LOLS, which set out the 'vision, rationale, and topic content' for the Science Diploma, as developed by the Science Diploma Development Partnership (SDDP)1 was criticised by SCORE for not being clear and the proposed structure not flexible enough to meet the needs of all learners as intended. 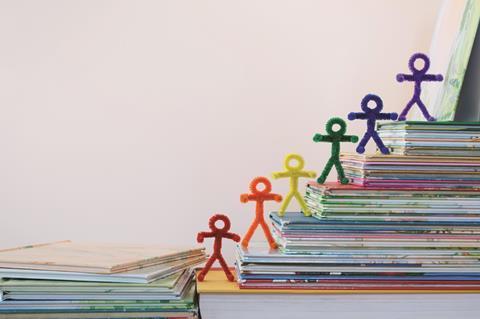 With no time built into this development phase to go back and iron out the problems, SCORE feared that the LOLS would not provide the right template for the Qualifications and Curriculum Authority (QCA) to develop the subject criteria - ie what should be taught and assessed - from which the awarding bodies would then develop the specifications. Moreover, with the Science Diploma expected in schools for first teaching from September 2011, SCORE warned that the awarding bodies will not have enough time to develop and trial new material and will therefore draw on existing qualifications for the specifications. Without new material and new learning styles, what hope, SCORE asked, would the Science Diploma have in attracting any new students to study science. Such tight timescales would also leave teachers feeling unprepared to deliver the course, which would limit the uptake of the diploma.

Indeed such were the concerns of SCORE that the professional bodies agreed that unless the structure of the Science Diploma was changed, SCORE would not be able to support the further development of this programme of study.

Good news then that, in April, Ed Balls, the secretary of state for children, schools and families, decided to delay the launch of the Science Diploma, at least at the advanced level, for one year to address concerns raised by the SCORE partners.

The LOLS - in brief

There are three components to the Science Diploma at each of the foundation, higher and advanced levels:

In the 95-page tome out for consultation, the LOLS put forward the Science Diploma as a unique experience in which students will gain an insight into the world of science, how science is practised and its impact on society and the world we live in. Underpinned by the traditional disciplines of chemistry, physics and biology, the diploma will also introduce learners to a range of interdisciplinary areas, the relationship between these areas, and the ways in which different scientists work together. Practical skills, work-related learning and mathematical skills will be at the heart of the Science Diploma.

The principal learning at the advanced level, as envisaged by the SDDP, will incorporate the 'major challenges and big questions in science', as identified, for example, by the Research Councils' grand challenges for multidisciplinary research over the next 10-20 years - ie  energy, living with environmental change, global threats to security, ageing and health, the digital economy, and nanoscience2. This will be delivered through biology, physics and chemistry, all given equal learning hours. The core will also include the scientific methods required to collect data, analyse the information, explain the results and test the hypotheses.

One of the main aims of this diploma is to increase the numbers of students studying science post-16 and post-19. In the LOLS, it is hailed as an overarching qualification that will appeal to the most able learners, who are expected to go on to study science subjects in HE, as well as to those who will go into science-based employment or into work-based learning (apprenticeships) across science industries. However, the same principal learning component at the advanced level, which amounts to 50 per cent of the course, cannot SCORE argued, meet the needs of these different sets of students. Employers and universities look for different learning outcomes, which will also require different forms of assessment.

SCORE recommends changing the structure of the principal learning component at the advanced level to reflect the needs of the different sectors. Two advanced diplomas would be an option: one focusing on skills - practical, analytical etc - which would be a route into technician-level employment and further training; and one aimed at the needs of higher education, which would stand alongside the International Baccalaureate or the new Cambridge pre-U qualifications.

SCORE had other issues with the advanced diploma. The partners were not convinced, for example, that students doing equal amounts of the three sciences will, in practice, lead to increased uptake of science subjects at degree level. SCORE argued that 16-year olds are capable of making choices to specialise or to broaden their studies and the advanced diploma doesn't allow for this.

The size of the principal learning component of the Science Diploma at the higher level which, at 4.5 GCSEs, is substantially bigger than the three separate sciences, was also called into question. SCORE warned that this could be a barrier to increasing uptake of the sciences post-16 because such a course would be unlikely to attract those students not already committed to studying science. There was also felt to be a lack of market evidence that the inclusion of a work-based element will lead to increase uptake of the sciences post-16 or post-19.

The Government's decision to delay the launch of the Science Diploma at level three may just make the difference in ensuring this becomes a viable qualification.