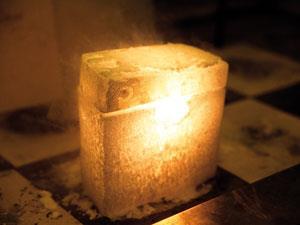 A video demonstrating the reaction of magnesium with solid carbon dioxide has received over one million hits on YouTube.

Burning magnesium in dry ice was the first article written by Declan Fleming for the long-running Exhibition Chemistry series in Education in Chemistry. This dramatic and beautiful demonstration shows that oxygen isn’t always a prerequisite for fire, and reveals carbon’s place in the reactivity series. The article and video were published in September 2011.

To date, the video has received 1,000,727 hits, 838 comments and 2,083 ‘likes’. It has the highest number of views for any video on the Royal Society of Chemistry’s YouTube channel.