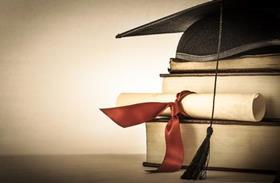 Mastering Bologna: a report on the readiness of UK chemistry departments to succeed in the European Higher Education Area (EHEA) has recently been published by the Royal Society of Chemistry (RSC). The report is the result of a two-year project by the Mastering Bologna steering group, chaired by Professor Tom Welton (Imperial College, London), which forms part of the RSC-led initiative Chemistry for our future (CFOF), funded by the Higher Education Funding Council for England (HEFCE), and focuses on what is needed for UK HE chemistry to succeed in the post-Bologna world.

The report, which has data and opinion from 22 heads of UK chemistry departments, recommends that:

The report is currently with all heads of UK chemistry departments and vice chancellors in preparation of follow-up workshops to be organised by the RSC within the next few months. These will bring together all interested parties, including representatives from other professional and funding bodies, to discuss the Bologna Process, importantly from the perspective of UK students and HEIs.