In response to the Quality Assurance Agency (QAA) for Higher Education, a group of academics and industrialists, led by the Royal Society of Chemistry (RSC), has produced a set of outcomes - 'benchmarks' - that define the expectations of BSc(hons) and masters-level graduates.

Two years ago the Quality Assurance Agency (QAA) for Higher Education announced that as part of an ongoing five-year cycle it would be revisiting subject benchmarks, and at the same time consider any subjects not covered by the previous benchmarking exercise in 2000. A process of consultation with the academic and professional community began. In its response, the Royal Society of Chemistry (RSC) stressed an urgent need to establish a benchmark for chemistry at the masters level as well as seeing this as an opportunity to revise the BSc(hons) benchmark in the overall context of both qualifications. 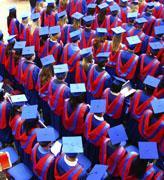 Over the past few years there has been much debate about what constitutes a masters qualification. In chemistry this has been fuelled, in part, by the introduction of the four-year 'MChem'/'MSci' degrees in the mid-1990s. These were developed as 'enhanced undergraduate degrees', in response to growing dissatisfaction in HEIs about what could be achieved in three years with the widely differing abilities of students entering HE. Since then these qualifications have been variously described as an 'undergraduate masters', and more recently, by the QAA, as 'integrated masters'.

In recent years, too, there have been concerns about the comparability of outcomes of bachelors and masters programmes in the UK with those in continental Europe. Europeans still struggle to recognise the MChem as a second-cycle qualification in the Bologna Process, which promises a common framework of comparable degrees across Europe by 2010.1

Since its introduction, however, the MChem has become the established mainstream route to becoming a professional chemist in the UK. Dr Tony Ashmore, registrar at the RSC, told Education in Chemistry, 'This is reflected by a shifting pattern of employment towards MChem graduates among the major employers of chemists and the fact that the RSC has moved its own benchmark of accreditation for Chartered Chemist (CChem) status from BSc(hons) in chemistry to the MChem/MSci qualification'.

A benchmark at the masters level, explained Ashmore, would clear any ambiguities surrounding the outcomes of these programmes for students, universities and employers, and ensure that they are comparable to second-cycle qualifications across Europe.

Consultations over, this summer QAA asked the RSC to put together a group of representative people from the chemical sciences to revise the chemistry benchmark statements for the BSc(hons) degree and to produce a masters-level benchmark.

Chaired by Professor David Phillips of Imperial College, London, the group, like the 2000 chemistry benchmarking group, focused on:

According to Phillips, 'The aim of our group was to provide a clear distinction between the BSc(hons) courses, and all masters-level courses, including MChem/MSci, MSc and MRes but excluding MPhil'.

The group has made subtle changes to the 2000 bachelors benchmark statements. The content of the BSc(hons) is now less prescriptive than the 2000 version, which would allow universities to take into account the fact that chemists increasingly work at the interface of other related scientific disciplines.

At bachelors level the students will be expected to have a very good grasp of the essential facts, concepts and principles of chemistry and they should be able to apply these to solving problems that are relatively familiar and routine. At masters level they will, in addition, have developed an in-depth understanding of specialised areas of chemistry and greater skills to work independently, to evaluate and to develop experimental procedures.

There is a recognition, too, that a major research-orientated project is compulsory in the final year of the MChem. At the end of a masters programme students will have had some experience of research work that is potentially publishable. At the bachelors level, project work would be less of a research exercise and the level of attainment would be expected to be lower than at masters level.

In terms of assessment, Phillips told Education in Chemistry, 'The QAA now requires that we specify only a minimum or threshold level for a qualification. For the BSc(hons) we have done this and also specified an average or 'typical' level, equivalent to the current II(i)/II(ii) borderline pass. We have set only a threshold level for MChem/MSci degrees since students are selected on their ability for these courses and we expect all students to do well. For existing MSc and MRes courses, there are two categories - pass, or pass with a distinction. In doing this we have recognised that there is a movement to abolish degree categorisation in favour of revealing complete transcripts, which would be much more useful'.

The group presented the draft statements of both qualifications to QAA as a single document. According to Ashmore this was done because so much of the output at the bachelors level comes from a programme that also includes the integrated masters and visa versa. 'The one document allows us to highlight what is common to both qualifications while at the same time show the differences between the two', he said.

Once approved by Quality Assurance Agency, the draft benchmarks will be sent out for consultation with the chemistry community. 'The final document', comments QAA's Fiona Crozier, 'will be the result of negotiation between QAA, the benchmarking group and the various interest groups within the chemistry community. So it is important that we receive as much feedback from the community as possible'.

QAA expects the final statements to be published next summer.