Inexpensive nanosensors might one day be incorporated into buildings, bridges, and other structures 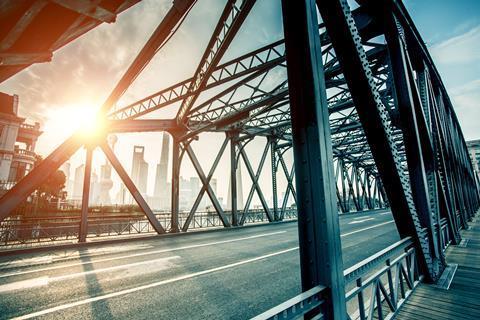 Inexpensive nanosensors might one day be incorporated into buildings, bridges, and other structures to alert engineers wirelessly when problematic cracks occur but before the damage becomes critical.

According to Mohamed Saafi of North Dakota State University, in Fargo, and colleagues at the National Institute of Applied Sciences, in Tunisia, and Alabama A&M University, weather, aging of materials, earth tremors, and neglect are all processes that can damage civil engineering structures. A continuous wireless monitoring system could improve safety by alerting engineers to potentially catastrophic problems before they cause serious damage.

Small cracks and fissures are often not monitored or spotted but it is such problems that ultimately become serious conditions - threatening the integrity of a bridge, for instance. The team suggests that nanotechnology coupled with wireless electronics could be the answer and the team has now developed two wireless devices for monitoring the temperature and moisture of concrete structures based on MEMS, or microelectromechanical systems.

'Properly designed, wireless MEMS and nanotechnology-based sensors could be used as embedded components to form self-sensing concrete structures,' the researchers explain. Related devices could be constructed to measure chloride, acidity and carbon dioxide concentration in addition to temperature and moisture levels. 'Information obtained from such monitoring techniques would allow the owners to make critical decisions regarding operation, maintenance, repair and replacement under financial constraints,' the team says.