Chemistry can take you around the world and into a range of careers. Ian Le Guillou finds out about Oliver Holton’s journey through chemistry 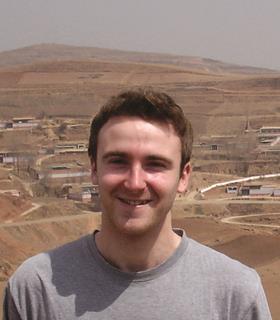 Since first visiting China for the International Chemistry Olympiad in 2005, Oliver has been fascinated by the country and its culture. Thanks to his chemistry knowledge, he has been able to enjoy living and working there, and will be returning again soon.

While studying for his chemistry degree he taught himself Mandarin Chinese, and after finishing university he went to Beijing to teach English to science students: ‘I taught classes to science majors with the aim of improving their ability to present their own research, read research papers and write their own.’

‘I taught quite a lot of organic mechanisms and how to describe them in English, which is surprisingly tricky… It’s that kind of language which is hard to get from a normal English teacher. So my advantage was that I had my chemistry background, as well as being able to speak English, and that’s why I was employed – the chemistry background clinched it.’

After teaching in China for two years, Oliver returned to the UK to look for a long-term job. ‘When I came back, I knew it would probably take me a while to get a job – it took about eight months in the end. I didn’t want to just waste that time, so I set up my own chemistry tutoring business in the area where I live. I had experience of tutoring and I also knew that there is a demand in the UK for science teaching. I wandered around the local area and put out flyers and ended up with a base of students working towards A-level chemistry.’

Oliver is now a graduate trainee at Johnson Matthey, a large chemicals company, in Royston, UK. As part of the graduate scheme, he has had experience in several departments within the company. While working in trading, he had to keep a close eye on metal prices and quickly react to any breaking news that could affect them. It is a fast-paced job where the market can change from minute to minute. In contrast he is now working in market research, taking the long view and trying to predict the future of hydrogen fuel cells.

‘The first project I worked on was looking at a distributed hydrogen network – how you would actually implement the infrastructure you need for hydrogen-powered fuel cell cars. I was looking at the needs of the system, like distributing hydrogen and whether it should be produced centrally and then shipped to different stations, or should it be produced locally? What would be more efficient and what are the opportunities for our company in those areas?’

The future and beyond!

‘My second project I can’t talk so much about – I’m investigating the technology behind fuel cells and how it might develop in the future.

‘The hydrogen distribution network project looked ahead until 2050 and the stuff I’m working on now is looking ahead almost indefinitely at how fuel cell technology will change and what the demand will be, in terms of the materials required. It’s quite strange looking at a time frame that’s almost longer than my entire working career will be!’

After finishing his first year at Johnson Matthey in the UK, Oliver will spend the next two years working at their factories in Shanghai and Hong Kong. ‘The business is expanding pretty rapidly now in Asia, so it’ll be interesting when I go over there to see how I can help out.’ With China as one of the largest and fastest-growing economies in the world, it’s a good time to continue his Chinese journey through chemistry.