RSC on the campaign trail

The Royal Society of Chemistry (RSC) has launched a campaign to address a 'demonstrable decline in school science examination standards that is destroying the UK's competitiveness'. To start the campaign, chief executive of the RSC, Dr Richard Pike, began a petition on the 10 Downing Street website in November.

In his request for signatories, Pike makes clear his reasons for the campaign: 'Science examination standards at UK schools have eroded so severely that the testing of problem-solving, critical thinking and the application of mathematics has almost disappeared', adding, 'even bright students with enthusiastic teachers are being compelled to "learn to the test", answering undemanding questions to satisfy the needs of league tables and national targets'.

According to Pike, 'This system is failing an entire generation which will be unequipped to address key issues facing society, whether as specialist scientists or members of a wider scientific community'. 'The record-breaking results in school examination passes', he adds, 'are illusory, with deficiencies having to be remedied at enormous expense by universities and employers'. The problems, he believes, are compounded by 'key sections of the education community being in denial'. 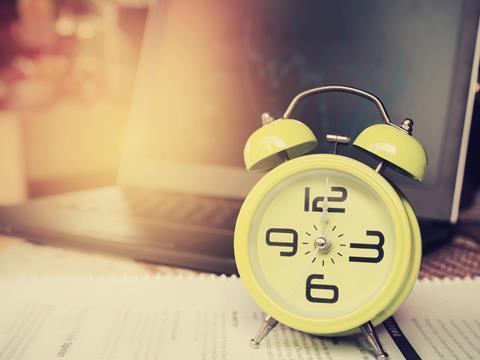 Pike feels that science education needs a wake up call

The 'demonstrable' evidence put forward by Pike comes in the form of a report, The five-decade challenge - a wake up call for science education?, which was published by the RSC in November, and provides an analysis of the results of a summer competition, devised to test the mathematical and analytical skills of the brightest 16-year olds in the UK. 'The priority', Pike told Education in Chemistry, 'was not to compare students from different years but to find out if our current 16-year olds could handle problem-solving, which is what employers want'.

The five-decade challenge was an online, 40-question, two-hour test, taken on the same day, at the same time by all the participants. The chemistry questions were selected from past O-level and GCSE examinations set in the five decades since the 1960s. The prize money was intentionally attractive - £1000 each for the winning student and the school, with those coming second to 10th each receiving £500 and the same amount going to their schools.

Around 1300 of the 'brightest pupils' from more than 300 independent (25 per cent) and state schools (75 per cent) entered the competition. Nathan Brown from King Edward VI Camp Hill School for Boys in Birmingham took first prize with 93.8 per cent, and Aled Walker from the same school won second prize with 85.7 per cent.

According to the report, participants found questions progressively more difficult the further back in time they were set. (The competition selected both single-step and multi-step problems, though the latter dominated papers from earlier decades.) Specifically, the report finds that the average score in basic mathematical questions from recent papers was only 35 per cent, and for questions that dealt with problem-solving and quantitative skills was 25 per cent, with some students failing to score at all. However, there were a few outstanding performances, with one student scoring 94 per cent in these questions.

In general, the report finds that questions requiring a single-step mathematical operation were answered most successfully followed by questions on recall and logic which required no mathematics. The report notes that as little as one tenth of the marks of more recent papers are allocated to numerically-based questions and these often have prompts to guide the students.

Overall, students from the independent schools fared better in the competition than those from the state sector, and boys were more successful than the girls in the mathematically-demanding questions. The success of the independent students, the RSC suggests, is because their schools are more likely to be teaching the three separate sciences and have a higher proportion of specialist science teachers.

In light of the outcomes of the competition, the RSC calls for a review of the assessment of science and mathematics in schools and colleges, and an increase in CPD provision for teachers, especially for those for whom chemistry is not their degree specialism. Curriculum authorities, the RSC adds, should obtain national agreement over what school students at the various ages should know and be able to do in chemistry.

The RSC also calls for a greater emphasis on the quantitative aspects of the subject in the curriculum, as well as more coherence between mathematics and science taught in schools, and a grading system for exams that differentiates performance in a more meaningful way. The Government, the RSC states, should step up the investment in chemistry education by significantly increasing the number of appropriately qualified chemistry teachers and improving school science facilities.

The current system is not perfect, but... it is not as imperfect as the RSC headlines suggest 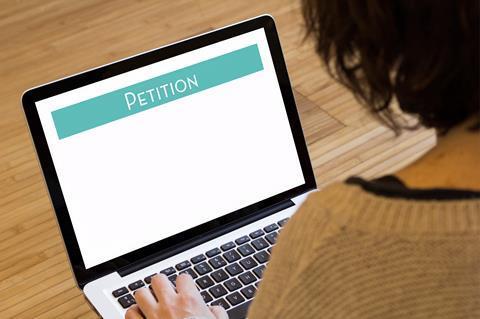 Within 2 days over 3000 people had signed

The RSC's petition was brought to the attention of its members via its e-mail newsletter, Grapevine. Within two days over 3000 people had signed. By the time Education in Chemistry went to press this number had risen to 5092.

The initial response from the chemical education community to the RSC campaign, however, has been mixed. After all science education for 16-year olds has changed over the past five decades and standards are not absolute. The system has gone from one aimed at the elite 10 per cent of 16-year olds, mostly boys, who would go on to do science A-levels, to one that is now aimed at all 16-year olds. And some of the questions in the competition on, for example qualitative electrochemistry, are no longer in the current specifications.

Andrew Hunt, science education consultant, told Education in Chemistry, 'the average total entry for O-level chemistry in 1956- 58 was ca 41,000 students. This year, across all the awarding bodies, there were 538,000 entries for GCSE science, 433,000 for additional science while a further 76,000 young people took GCSE chemistry. The change in the scale and ambition for science education clearly has consequences for the content, style and assessment of science courses at the age of 16'. The assessment system must now be able to separate not only the top two per cent but should be able to differentiate at the lower ability end as well as giving many more students a sense of achievement.

According to Hunt the current assessment model for science is not perfect, but The five-decade challenge is not a helpful way of analysing and solving the assessment problems because it pays no attention to the change in context and seems to 'hark back to a golden age which never existed'.

In the 1960s the number of students going on to study chemistry at university was falling and the O-level chemistry curriculum was described by many as dull and dominated by rote learning and factual recall. Practical work was repetitive and uninspiring. Nuffield science, which followed from the mid-1960s, placed more emphasis on investigations and problem-solving but had more success at A-level than at O-level where, as Hunt explains, it was too hard for all but the most able students.

Curriculum 2000 took up the gauntlet and started to address the failings of science in the National Curriculum, which had made science compulsory for all 16-year olds - failing because the curriculum was still aimed at those students who would go on to study A-level chemistry and so left 90 per cent of the cohort bored and struggling. Since then there have been many notable developments to the science curriculum at both GCSE and A-level to make them relevant, exciting and rigorous to all.

But many people would also agree that there is still some way to go. Hunt comments, 'The dilemma is to meet the needs of the majority while at the same time develop the intellects of the next generation of scientists. Many in the science education community are well aware of the difficulties of rising to this challenge. They are not in denial. Our aim should be not to try and re-invent a flawed past but to build on the best of what we have achieved to date'.

John Holman, director of the National Science Learning Centre, told Education in Chemistry, he was surprised by the headline-catching statements of the RSC's campaign. 'The five-decade challenge was a great idea and produced some interesting data, but I am a little concerned that more is being made of this as a piece of evidence than is justified by the quality of the experiment - there are no controls - it isn't possible to make comparisons against the students of previous decades, nor is it possible to compare against the employers' needs of bygone decades, nor the needs of a changing society'.

Neither does Holman accept that standards 'have eroded' to the extent implied by the RSC, pointing out that exams today include new demands which the exams of the 1960s and 1970s did not have. Moreover, he says, that 'having taught school chemistry in every decade since the 1960s, I can tell you that teachers have always "taught to the test". In the 1960s and 1970s calculations were of a limited and predictable type and we would make our students do them over and over again to ensure success'.

But Holman, like many others in the teaching profession, agrees with the RSC that the maths content of the current exams for 16-year olds has been reduced and this should be reinstated. With the number of undergraduate chemistry students rising, Holman believes that now may be a good time for university chemistry departments to be ambitious and insist that their incoming students have A-level maths. 'After all', he says, 'even biologists today tell me that it is getting increasingly difficult to study modern biology without maths'.

The current system is not perfect, but according to Holman, it is not as imperfect as the RSC headlines suggest.

The editor would welcome the views of readers on issues raised in this article. [The petition is no longer available]