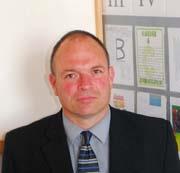 Science in the community

Michael Hayward's award acknowledges his work to develop and promote chemistry at a range of levels, to promote experimental chemistry, for his involvement with the wider community and for innovation through the school's Science in the community initiative. He joined Birkenhead School nine years ago as head of science and in his first year launched the school's annual science fair, which showcases the practical work students do in its science clubs. Now in its ninth year, the all-day event attracts over 400 pupils from local primary schools and is open to the public in the evening.

Hayward, with the help of colleagues and students, has extended the impact of Science in the community by developing the Science in a box project. This provides primary school science clubs with ideas and resources for 10 activities, and an award scheme for participating students. The boxes have proved popular and led some 16 other schools to start running science clubs.

Jonny Woodward is recognised for his innovative approaches to teaching and learning chemistry in three arenas: the undergraduate curriculum; outreach work; and, in particular, the engagement of younger students at the national level.

At undergraduate level, Woodward has introduced several innovations into Leicester's chemistry department including weekly workshops on maths and other underlying topics important to chemistry, and a first-year course, Scientific reasoning, ethics and communication, which offers students a more general view of how science works. Woodward was also the chemistry linchpin in the development of the i-Science degree run at Leicester. This interdisciplinary science degree is delivered using a problem-based learning approach in which students work in teams to solve real-world problems.

As the department's schools liaison officer he contributes to its outreach programme by giving schools' lectures and running a variety of school activities in the department. The success of these outreach activities on a regional level led the RSC to recruit Woodward to coauthor its bid for £1m funding for the Aimhigher Chemistry: the next generation project. Through this project Woodward excites young people about chemistry on a national level with activities such as his Harry Potter-themed demonstration lecture. As well as inspiring students about chemistry, he also runs CPD workshops for teachers on spectroscopy and practical and creative chemistry.

Woodward looks set to continue to contribute innovations in chemistry teaching. Funded through the RSC's Chemistry for our future project he is now working on a project to implement problem-based learning into chemistry teaching at Leicester. As the 2007 HE teaching award winner, Woodward will be talking about how teachers can best inspire the next generation of chemists at a series of RSC events in 2007-08.