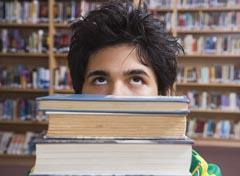 Chemistry texts have the answer

Talanquer found that though teleological explanations are used sparsely in chemistry texts they are often associated with important topics. For example, they are used to justify why particles, on an atomic scale, adopt certain configurations or why certain substances react in a particular way.

According to Talanquer, the explanations are linked to a hypothesis or law that relates to the behaviour of the system moving to minimise or maximise some intrinsic property. For example, when explaining the second law of thermodynamics many textbook authors write in terms of the chemical systems having natural 'tendencies' or 'propensities' to proceed in a 'preferred' direction. Such simplifications help students predict what is likely to happen in new situations.

Talanquer's study also showed that in many cases the textbooks provided causal or mechanistic explanations of the same phenomena to provide a deeper understanding of the topic.