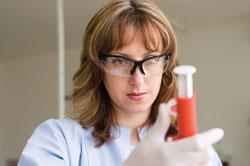 Adam Maltese from Indiana University and Robert Tai from Virginia University interviewed 116 scientists from across the US to find out what made them take up a career in science.1

The researchers contacted practising and retired scientists, either by phone or in person, from academia, industry, government and representing different ethnic groups. They used a software package, NVivo, which categorises the text according to common phrases or key words, to analyse the results. The 'initial' spark that led these scientists along their respective career paths came down to familiar influences:

The findings also pointed to different sources of initial interest in science between men and women respondants. The majority of men cited 'intrinsic interest' while the majority of women cited school influences. Those with an intrinsic interest in science usually did science activities at home or spent time reading science or science fiction. School-based interest was most commonly associated with practical work though about a quarter of the respondents referred to the characteristics of their teacher. The way in which the teacher interacted with students, rather than their content knowledge, was seen as an important factor in generating interest in science.