US chemistry in question 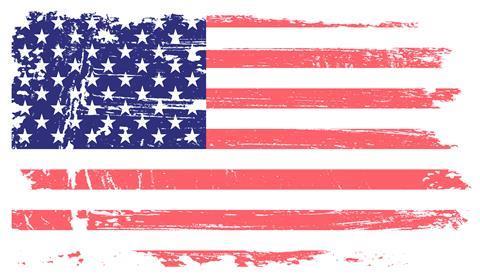 Is US pre-eminence in science and technology eroding?

In April, the US National Research Council (NRC) published a report, The future of US chemistry research: benchmarks and challenges. The report details the findings of a committee, chaired by Charles Casey, University of Wisconsin, that sought answers to three questions:

Speaking at the American Chemical Society (ACS) meeting in Chicago, in March, Casey explained that the report comes on the heels of a report published by the National Academy of Sciences in 2005, Rising above a gathering storm, which warned that US pre-eminence in science and technology had begun to erode.

The 2005 report found that the US has shifted from being an exporter of high-tech products to becoming a net importer of high-tech products in 2001 to the tune of $50b. In 2004, 70 chemical plants closed in the US, and of the 120 major chemical plants being built around the world only one was in the US and 50 were in China. Add to this the concerns the US has about its education system - US 12th graders (18-year olds) perform below average in maths and science among students from some 21 countries - and reasons for the current benchmarking process are clear.

Publications, citations and a 'virtual congress' questionnaire formed the basis of the committee's investigation into the US global position in chemical research. According to Casey, US chemists published 18 per cent of chemistry papers (1996-2006) compared with 34 per cent coming from Western Europe for the same period, though US chemists received the same proportion of citations as the Europeans, suggesting that the quality of papers in the US was higher.

In the questionnaire, chemists from the US and non-US countries were asked to imagine they could invite 20 leading chemists from around the world to take part in meetings in their specialised areas. The results from the survey, said Casey, supports US leadership in most areas of chemistry, with particular strengths in cross disciplinary areas - biological chemistry, materials chemistry and nanochemistry.

Professor Sylvia Ceyer, Massachusetts Institute of Technology, also a member of the benchmarking committee, speaking at the ACS meeting, pointed out that the factors affecting US performance in chemistry came down to a scientific culture, the quality of graduate students, centres of excellence, and a variety of research funding. The US scientific culture is characterised by graduates being given research independence at an early stage in their careers, the mobility of scientists, a strong industrial base, and scientists being good collaborators at home and abroad.

However, according to Ceyer, the numbers of US graduates in science and engineering are falling. The number of science and engineering BSc degrees per 100 24-year olds is only 6 per cent in the US compared with 11 per cent in the UK, 15 per cent in Finland and just over 16 per cent in Taiwan. China and India fall below the US figure, but the numbers of graduates in these countries are on the increase. The US produces ca 2000 PhDs per year in contrast to the UK which produces 800-1000, though the US is some five times bigger.

In short the findings suggest a problem of a sustainable supply of chemistry BScs, which is exacerbated at the doctoral level. Moreover, the number of PhDs choosing to stay in the US has dropped since the events of 9/11 in 2001, compounded because of the increased opportunities in students' home countries. According to Ceyer, federal support for chemistry has struggled to keep up with inflation, while National Institutes of Health (NIH) funding has increased, which begs another question: is the right sort of chemistry being funded to ensure the economic prosperity of the US?

The report concludes that the US will remain a leader in chemistry for the next five years, but the current lead will continue to shrink as the chemistry world becomes 'flatter' and more competitive. Lessons for all.