What's in a name?

Many chemical compounds have several possible names. Peter Nelson, University of Hull, asks: 'Which ones should teachers use?' 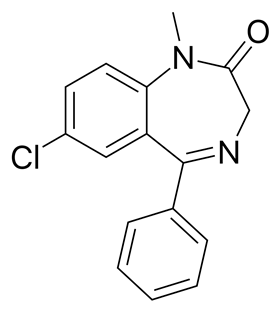 The Association for Science Education (ASE) has addressed this question, and published a list of names for use at 16-19.1 These names are based on general rules for naming compounds approved by the International Union of Pure and Applied Chemistry (IUPAC).2 ASE names are used by examination boards, and have the approval of the Royal Society of Chemistry (RSC).3

There is, however, a problem with these names in that many of them are different from those recommended by IUPAC (see Table).2,4 This is because IUPAC does not recommend a systematic name when another name is widely used. The editors of the guide to organic nomenclature explain this as follows:2b

'In contrast to systematic names, there are traditional names, semisystematic or trivial, which are widely used for a core group of common compounds. Examples are 'acetic acid', 'benzene', 'cholesterol', 'styrene', 'formaldehyde', 'water', 'iron'. Many of these names are also part of general non-scientific language and are thus not confined to use within the science of chemistry. They are useful, and in many cases indispensable (consider the alternative systematic name for cholesterol, for example). Little is to be gained, and certainly much to be lost, by replacing such names'.

By using ASE names, UK schools are out of line with the wider chemical and scientific community and the rest of the world. Academic and industrial chemists and other scientists use mainly IUPAC names. They also continue to use some traditional names not recommended by IUPAC (eg 'ethylene').

Examples of applications that the ASE names in the Box obscure are:

The RSC is currently concerned that the general public does not have a proper appreciation of the importance of chemistry. Using obscure names in schools does not help this.

The second problem with schools using ASE names is that pupils either have to learn two sets of names to resolve the first problem, or, if they go on to study chemistry, medicine, or another science at university, have to learn a second set of names there. Given how many other things such students have to learn, to make them learn a new chemical nomenclature is an unnecessary extra burden.

I would therefore urge the ASE and awarding bodies to think again about their nomenclature, and the RSC about its endorsement of this. Teachers can help by supporting this call.