Developed by researchers at the Fraunhofer Institute for Chemical Technology (ICT) in Pfinztal and the Fraunhofer spin-off company Tecnaro GmbH in Germany, the new bioplastic, Arboform, is based on lignin, a waste product of the paper industry. 'The paper industry separates wood into its three main components - lignin, cellulose and hemicellulose', explains ICT team leader Emilia Regina Inone-Kauffmann. The raw lignin is not used in papermaking, so the Tecnaro scientists mix this with fine natural fibres of wood, hemp or flax together with natural additives, such as wax, to produce a granular plastic material that can be melted and injection-moulded into almost any shape. 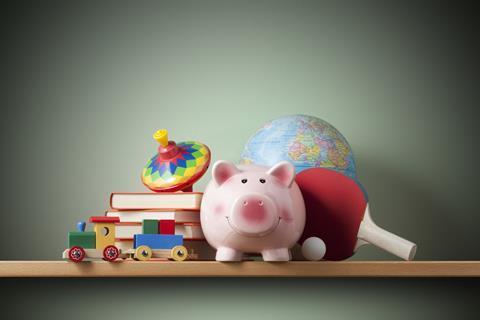 Soon we could buy toys made from 'liquid wood'

In the initial wood-pulping process sulfurous chemicals are added to release the lignin from cell fibres. This results in raw lignin with a high sulfur content and a final bioplastic with an unpleasant smell. Previously, this limited the bioplastic to applications such as car parts. But now the German team has optimised the material so that it can be more widely used in novelty goods such as toys.

This proved a challenge for the scientists because removing the sulfur residues adversely affects the bioplastic's toughness. Sulfur-free lignins are soluble in water, making them unsuitable to use to make toys, which children treat roughly, leave out in the rain and even chew or suck. So the material must not release plastic softeners or heavy metals that could harm children. By including additives in the bioplastic mix, the researchers were able to reduce the sulfur content by about 90 per cent while maintaining the material's toughness and resistance to damage by water. 'The new material has already been used to produce decorative figurines and other products are now in the planning stage', says Tecnaro's managing director Helmut Naegele.

Arboform is also a recyclable product. Investigations by Inone-Kauffmann's team showed that after 10 reprocessing cycles the material properties of the low-sulfur bioplastic remain the same.