3D structures from the CCDC

Teaching resources based on the Cambridge Crystallographic Data Centre 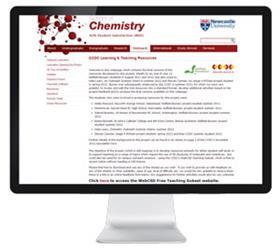 For me, learning about chirality during my undergraduate chemistry course was a poignant moment. It’s such a bizarre phenomenon. To begin with I felt I was reasonably good at visualising simple enantiomers in my head. But as chemists progress through their degrees they find the molecules they’re studying becoming ever more elaborate and the concepts more difficult to visualise.

In a 2011 article1 chemists from the Cambridge Crystallographic Data Centre (CCDC) noted that often the best tutors can do is teach these topics in ‘2.5D’; that is, by drawing dashed and wedged bonds on flat whiteboards.

One way that makes it easier for students to get to grips with such structures is to see them rendered in 3D on a computer. The Cambridge Structural Database (CSD) has a bewildering array of such structures loaded into it.

Over the past two years or so, Peter Hoare, the chemistry outreach officer at Newcastle University, has worked with students to develop a series of resources that exploit the CCDC’s structures.

Peter’s resources are essentially worksheets, so are probably best used for individual study. The idea is that students look up particular structures on the CSD and then answer questions about them.

The activities start off quite easily. There’s one on functional groups that asks students to look up several structures and then name and count the functional groups each contains. They get harder though. More advanced topics are also covered, including different types of isomerism and valence shell electron pair repulsion (VSEPR) theory.

Young chemists can also gain experience of using some computational tools. Some exercises involve using the CSD viewer’s functions to measure bond angles and lengths (there are helpful step-by-step videos that explain how to do this).

What I particularly liked about this resource – beyond the obvious learning opportunities – is that students will become familiarised early on with a key resource that they may use regularly later in their careers as chemists. It’s great to see both younger and older chemists benefiting from this institution.