I still remember the first time someone tried to convince me that a feather and a heavy metal weight would fall at the same speed if it wasn't for air resistance. But I clearly remember I was having none of it: 'No Mr Shoesmith,' I explained earnestly. 'The feather is lighter than the lead ball, you see.' 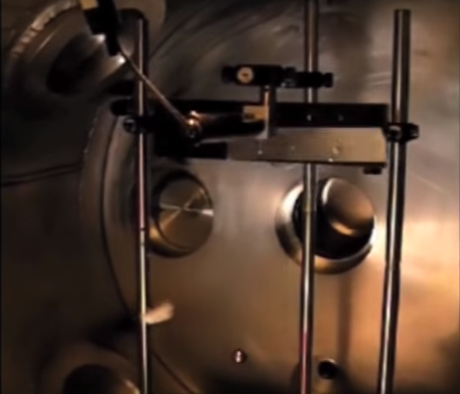 When I flicked through my browser to the Backstage Science website this week I had of course accepted the reality that a hammer and a feather dropped at the same time on the moon would fall at the same speed. But I had never actually seen proof with my own eyes.

In the first video of Backstage science, Peta Foster, a physicist, was about to prove to me - and anyone else who cares to log on to the free site - that it really happens. She loaded two heavy metal balls and a feather into a vacuum chamber and evacuated the air. Then, with the aid of a remotely controlled switch and slow-motion photography, we could see the three items all fall at exactly the same speed (skip to 3:56 in the video to see the good bit!) If my science teacher had sent me a link to this video when I was 14, there would have been much less backchat!

The site has 31 videos that mostly explore the Diamond Light Source in Oxfordshire, a synchrotron, half a kilometre in circumference that produces high energy light beams scientists can use for experiments. Of particular interest for chemists might be the tour of the Oxford Protein Production Facility. This lab grows proteins in large quantities via bacterial culture. Scientists then crystallise the proteins and use the synchotron's x-ray source to determine the protein structures by crystallography.

A bundle of 'extra footage' looks behind the scenes of the facilities includes interesting interviews with some of the scientists that work on the sites.

The quality of the videos is first rate, and production is by Brady Haran, the man behind the popular Periodic Table of Videos website.

Josh Howgego
If you know of any websites that should be reviewed in Education in Chemistry please email the title and URL to Josh Howgego.
Email: Josh Howgego