Medley of models for chemistry 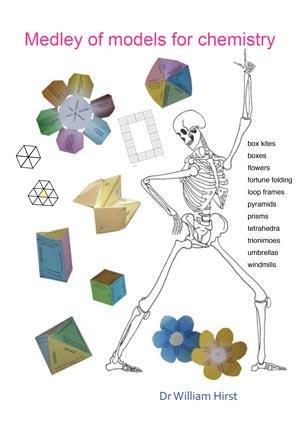 A few years ago I taught a Chinese student whose vocabulary, rather than her grasp of scientific concepts, was her main stumbling block to success in chemistry. I encouraged her to write down scientific words, with their meanings and translations, in a notebook as she went along. Over time, her confidence grew and she soon overtook many of her peers.

This resource, essentially a set of simple games and patterns to help students learn the definitions of scientific terms relevant to chemistry at Key Stage 3, may be useful to support students with English as a second language, where terminology can be an additional barrier to learning. The author goes further than this in his introduction and appears to suggest that learning to use scientific vocabulary is at least as hard as learning to communicate in a modern foreign language, even for students whose first language is English. While I agree decoding jargon is important, I’m not entirely convinced by his evidence of the scale of the problem. Unlike a foreign language where there are rules of grammar, pronunciation and syntax to learn, many scientific terms already have some context for learners. There are plenty of uniquely scientific words in this book, such as electron, litmus and exothermic. However, there are also some more familiar terms, such as oxygen, rust, unstable, crystals and acid, though I accept students still need to refine their understanding in these cases.

Words are matched to definitions using simple card-based activities such as triominoes, folding nets that make pyramids and cubes, and various other patterns such as flower shapes and windmills. Some would be fairly quick to use, while others require some time for cutting, folding and sticking. I would anticipate using this for revision at the end of a unit of work, to check understanding.

It is important that jargon is not a hindrance to learning, and that students can both write and decode passages of scientific text fluently. For this reason I think this is a resource many teachers will find useful.

Purchase Medley of models for chemistry direct from William's Games