New system could find use in food monitoring or disease detection

Download a one-slide summary for use in your classroom (MS Powerpoint or pdf). 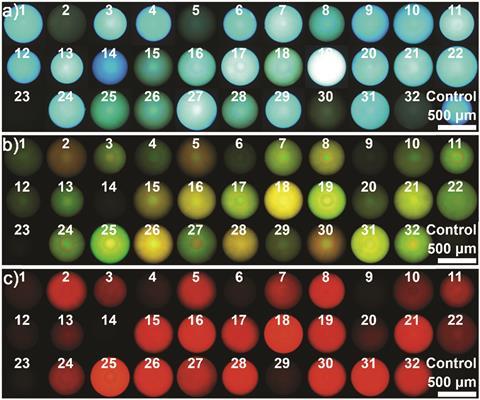 Scientists have developed a sensing platform that can distinguish between simple sugar molecules. The system uses small spheres of poly(ionic liquid)s combined with compounds called luminogens, which have fluorescent properties.

Detecting saccharides has important uses, for example their presence in foods might reveal contamination or spoilage, while saccharides in human serum can show the presence of disease.