‘We are missing a massive environmental problem’

Meet Delphine Farmer, an atmospheric chemist who spends her time examining the air that we breathe 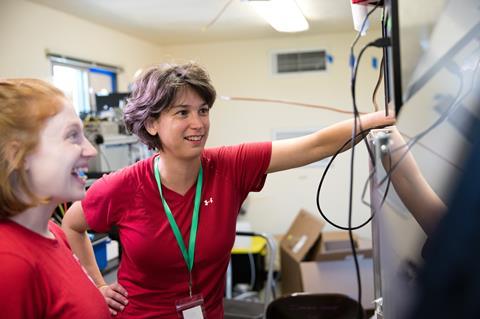 Delphine Farmer always knew she wanted to study the environment. ‘My father was an oceanographer, and I used to go to his lab and see all these analytical tools being built and put on ships,’ she explains.

Motion sickness made ocean science unappealing to Delphine, and during her master’s degree in environmental science at the University of California, Berkeley, she became fascinated by the atmosphere. ‘Air chemistry is incredibly complicated and because a lot of it is radical chemistry it is very fast compared to that in the water and soil,’ she says.

A PhD in atmospheric chemistry followed. Delphine spent over a year of this degree using a mass spectrometer to measure the composition of the air in the Sierra Nevada mountains in California and near Mexico City. She then completed a postdoc at the University of Colorado Boulder, where she spent a month in the Amazon rainforest.

Then, in 2011, Delphine took up a professorship at Colorado State University. Here, she specialises in measuring atmospheric organic compounds, especially in the air around forests. In 2018, she used the same tools to study the air inside the home. Delphine also spends around half her time teaching chemistry undergraduates.

I had quite a few. A physics teacher in high school, for example, who always had us doing experiments. It was really exciting to see for ourselves that all the theory we were learning worked. Then, in my undergraduate chemistry degree in Montreal [at McGill University], the teacher that taught the kinetics class brought in 3D models and helped us see how molecules react and what that means in terms of energy surfaces.

What’s your favourite class to teach and why?

I love to teach the undergraduate environmental chemistry class. I get to share all the reasons that I care about the environment and also to talk about how chemists, and other scientists, can help solve some of our environmental problems.

Rachel Carson – the US environmental scientist who realised that pesticides were impacting bird populations. She wrote the book Silent spring which spawned the environmental movement that led directly to the [US] Clean Water Act and the Clean Air Act. These have been the most effective pieces of legislation in this country to improve the environment.

What is your scientific obsession?

Understanding how humans are changing the air that we breathe.

What is most thrilling field project you’ve worked on so far?

Last summer, we put our instruments on a C-130 [a military transport aircraft], and flew into wildfire smoke plumes. As we flew into each plume, the cabin started smelling of wood smoke and the numbers on all the instruments went really high, really rapidly. Running those flights was definitely exciting, although I did have to be heavily medicated to avoid nausea.

If you could take your instruments anywhere in the world, where would you choose?

I would go to Africa and look at the chemistry in the urban air in some of the megacities. It is under studied, and I think we are missing a massive environmental problem that is affecting a very large number of people.

What are your lab must-haves?

A mass spectrometer. Swageloks – a type of fitting that makes tubing and instruments gas-tight so they don’t leak air. Safety glasses, because we’re always working with things that are either high or low pressure.

What was the last experiment you ran?

Last summer, I actively mopped a floor in a house with vinegar and then sprayed ammonia around to see what the effect was on the indoor air.

Lots of recent media articles have informed readers that house plants are the key to cleaner indoor air. Is there any truth in this?

No, they just don’t have the capacity to process enough air to make a difference. It’d be impossible to put enough of them into a room to change the composition of the air. 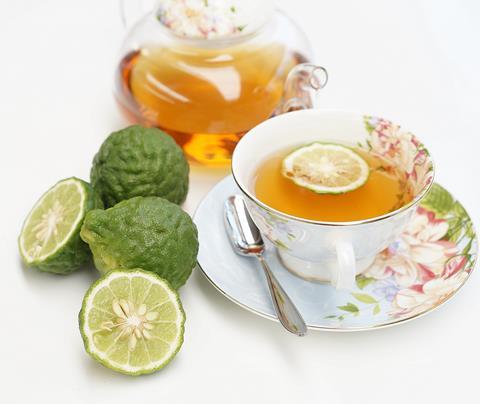 If you could make any scientific discovery, what would it be?

I would love to find a way to rapidly sequester carbon dioxide from the atmosphere in a controlled manner.

A deep concern that we’re not doing enough to stop human impact on the planet and on the environment.

What are your favourite molecules?

The bergamotenes which are an example of terpenes that do a lot of really exciting chemistry in the air. But it is also one of these compounds that makes Earl Grey tea taste so good.

What do you like to do outside of the lab?

I’m a big birder, so I love to go out for walks to see birds. I take my camera and I love to photograph birds and other wildlife.