A comet starts to tell its watery tale

It’s widely accepted that when the Earth formed approximately 4.6 billion years ago, it was so hot that any water present in its component parts must have boiled away. Today, however, over two thirds of the Earth’s surface is covered with water; how this got here is the subject of many a steamy debate.

The most likely scenario is that it arrived with a collection of comets and asteroids that collided with the Earth once it had cooled down, but how much each object might have contributed to the Earth’s water supply is unknown. Now, mass spectrometry measurements taken by instruments onboard the European Space Agency’s (ESA) Rosetta spacecraft have collected data that may help us eventually answer this question. 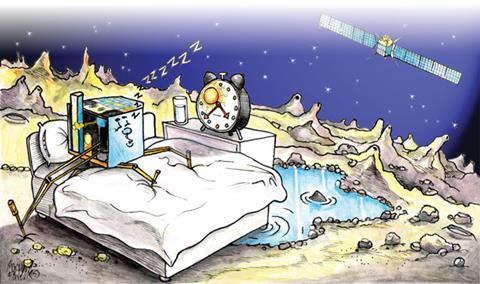 The mass spectrometers have been measuring the ratios of heavy water in the tail of Comet 67P, finding so far that this water vapour contains a ratio of heavy water (D2O) to normal water (H2O) approximately three times higher than that of water on Earth.

These results directly contradict those reported in 2011 from the mass spectrometers onboard ESA’s Giotto spacecraft. That mission found that the water in the tail of a comet known as Hartley 2, which resides in the same region of space of 67P, has a very similar D2O:H2O ratio to that of Earth’s water. These earlier measurements led to the suggestion that comets from this region were large contributors to water on Earth.

Different views have been aired on what the Comet 67P findings mean. Kathrin Altwegg from the University of Bern in Switzerland who is in charge of Rosetta’s mass spectrometers has concluded that the results rule out these types of comets as delivery vehicles of water on Earth. But others say this just means it’s unlikely that comets of this type were the main source of water on Earth, they could still be contributors.

It is hoped that if the solar-powered lander, Philae, that is currently asleep on Comet 67P wakes up it may be able to take direct measurements of the water on the comet’s surface. The tail will also continue to be analysed as the comet moves closer to the sun in the coming months, to see if any changes in the ratio are observed.

What is crystal clear from these preliminary results, however, is that if we are to ever figure out the origin of the Earth’s water, many more comets – both from this region of space and others – as well as asteroids will need to be probed. Expensive stuff when you consider that this mission alone is predicted to be costing €1.4 billion (£1.1 billion) from initiation to conclusion late this year.