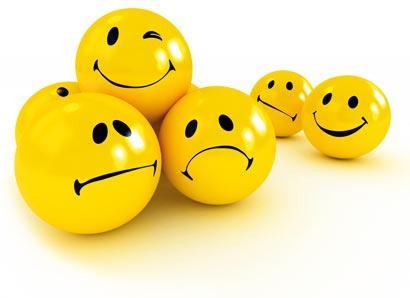 I can't find Benzo Fury in my textbook

You won't find it in the chemical literature either. The name is a sexed-up version of 6-APB, 6-(2-aminopropyl)benzofuran, to make this 'legal high' sound more interesting.

Why has it been in the news?

You could say that it has got a mixed press so far. A Lincolnshire teenager who'd taken it walked naked through her local Tesco and karate-kicked a policeman.

However, much more seriously, in June 2012 it was linked to the death of teenager at the RockNess music festival on the shores of Loch Ness. Police have advised people not to take it.

Why does it make people high?

How do they work?

Simple amphetamines stimulate the human brain into releasing molecules like noradrenaline or dopamine, the body's natural neurotransmitters. These promote feelings of well-being and alertness and lessen the effects of fatigue.

Compared with other amphetamines, molecules like MDA and MDMA have slightly more complicated structures with an additional dioxole ring. These encourage the release of serotonin, which appears to be linked with inducing feelings of closeness and understanding. This has led them to be known as empathogens or entactogens. As it has a related structure, 6-APB could resemble them in its action.

How new is it?

6-APB was first reported in 1993 by David Nichols of Purdue University in Indiana, US. It was made as part of a research programme to see why the dioxole ring affected the properties of MDA and MDMA.

The idea of the people who are marketing it is to provide a drug that will not be covered by existing legislation but is close enough in structure to produce similar physiological effects to 'controlled' molecules.

It has only come onto the recreational drug scene within the last couple of years. Because the structure of 6-APB is similar to MDA and MDMA, it is illegal in some countries like Australasia under 'analogue' legislation and may also be illegal in the US for this reason. UK drug legislation is worded differently, so 6-APB does not appear to be covered.

It's not illegal, so why shouldn't people be able to take it?

Just because a drug is not illegal at present does not mean it is safe. If you buy a pharmaceutical from a shop, you know that it has been extensively tested and that it is safe for humans. You also know that the pack contains what it says on the label, unlike a drug bought from other sources, where you don't know its identity or purity.

Mark Baron and colleagues at the University of Lincoln, UK, recently analysed samples of Benzo Fury and other 'legal highs' bought over the internet, using infrared (IR) spectroscopy and gas chromatography-mass spectrometry (GC-MS). The capsules of Benzo Fury contained no 6-APB. Instead, they were composed of caffeine together with the controlled substances benzylpiperazine and 1-[3-(trifluoromethyl)phenyl]piperazine. These piperazines are both illegal in the in the UK.