Is it time to increase the ethanol content in our petrol?

Boosting the bioethanol content in petrol brings short-term gains, but it’s not a solution to environmental concerns 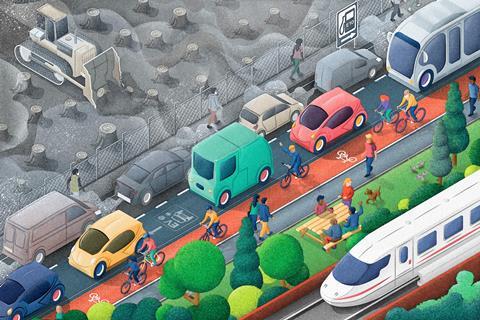 A UK parliamentary group has called for more bioethanol to be added to UK petrol supplies. They claim increasing the amount of ethanol in petrol to 10% to produce a fuel known as E10 would have the same effect as removing 700,000 cars from the roads, in terms of reducing carbon emissions. So is it the green solution we need?

It is true that using biofuel instead of fossil-fuel derived hydrocarbons contributes less CO2 to the atmosphere: almost all carbon contained in biofuel has at some stage been absorbed from the air by an energy crop, which more or less balances out the amount of carbon released when it is then burned. But that brings us on to a serious problem: biofuels still need to be burned, and burning fuel means air pollution.

Replacing fossil-derived fuels will reduce net carbon emissions, but it’s not as beneficial as taking 700,000 cars off the road

Air pollution is a major issue. The Mayor of London has talked about the city’s ‘public health emergency’, while the World Health Organisation has identified almost 50 urban areas in the UK that are at or beyond the limit for concentrations of particulate matter in the air.

In fact, air pollution is believed to contribute to around 30,000 deaths in the UK each year. So, yes – replacing fossil-derived fuels with biofuels will reduce net carbon emissions, but it’s not as beneficial as actually taking 700,000 cars off the road. It’s not a solution to the environmental damage and health concerns caused by our personal transport choices.

The report’s authors acknowledge this. They say that the E10 move would be an easy way to implement change that could reduce emissions, while we also work towards longer term solutions. Electric vehicles, car-sharing schemes and encouraging more people to use bikes and public transport are clearly necessary to tackle air pollution in our towns and cities. But these projects mustn’t be overshadowed while we pat ourselves on the back for making incremental changes that don’t actually tackle our environmental problems.

Beyond this, biofuel production has been linked to deforestation, habitat loss and negative impacts on biodiversity. While the biofuel industry in the UK is better regulated than in many other parts of the world, we have to bear in mind the potential knock-on effects of this type of move. Damaging nature with one hand while trying to lessen our environmental impacts with the other hardly seems sensible.

So, should we introduce more biofuel to our market? On balance, it’s probably better than doing nothing. But it’s also not a solution, and we shouldn’t pretend that it is – our energy will be better spent looking for truly sustainable answers to these problems. Actually taking cars off the road and moving away from hydrocarbon fuel sources should be our priority.

Jamie DurraniJamie is a Science correspondent for Chemistry World