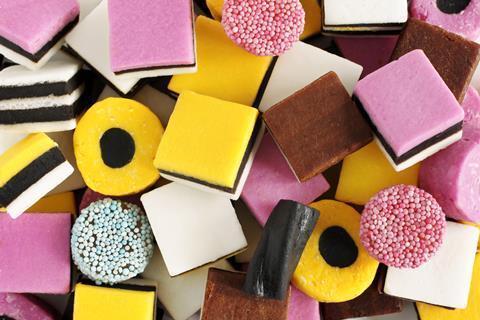 Where does liquorice come from?

It comes from the root of the liquorice plant, Glycyrrhiza glabra, which derives its name from the Greek words glycys (sweet) and rhiza (root). These roots grow one metre down into the ground and spread out up to six metres. The sweet, black liquorice extract is made by harvesting the mature roots, which are then dried before being pulped and boiled in water. The extract is concentrated by evaporation and on cooling sets. This solid is beaten and rolled to form the familiar black stick liquorice.

How long has it been eaten as a sweet?

The liquorice plant naturally occurs around the Mediterranean. The plant was brought to the British Isles in the Middle Ages, and cultivated in areas such as Pontefract in Yorkshire, where in the mid-1700s local chemist George Dunhill added sugar and starch to liquorice extract to make the first liquorice sweets – Pontefract cakes. 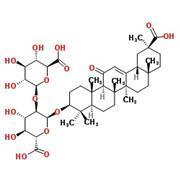 So does it have medicinal uses?

Liquorice has been widely used in Chinese medicine for hundreds of years as an expectorant and to treat stomach complaints, such as ulcers. On hydrolysis, glycyrrhizic acid yields the triterpenoid glycyrrhetinic acid. This chemical inhibits enzymes that metabolise lipid compounds (prostaglandins) released in the digestive system. The build up of prostaglandins in turn inhibits gastric acid secretion, which may be related to its anti-ulcer action.

Another molecule found in liquorice, the flavonoid β-hydroxy-DHP, targets and stops the growth of malignant cells in prostate and breast cancers.