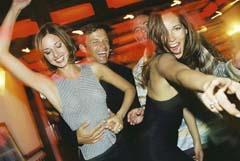 Having a laugh - but at what cost?

There is concern that nitrous oxide is being abused, especially by clubbers. When 23-year old Daniel Watts was found dead at his home in September 2006, a large cylinder of nitrous oxide was beside him.

When was the gas first discovered?

Nitrous oxide was first identified in 1772 by Joseph Priestley. In 1785 the French chemist Claude Louis Berthollet (1748-1821) made N2 O by heating ammonium nitrate to ca 245-270°C, with a risk of explosion if heated above ca 290°C. Humphry Davy repeated this in 1800, and it remains the industrial method for producing nitrous oxide.

Priestley noted that N2O would support combustion of a candle, but a mouse exposed to the gas would die. On 16 April 1799, Davy noted the effects of inhaling N2O, obtaining what he described as a 'semi-delirious trance'. Perceptively, he commented, 'As nitrous oxide in its extensive operation appears capable of destroying physical pain, it may probably be used with advantage during surgical operations in which no great effusion of blood takes place'. He demonstrated its effects on members of the audience at his Royal Institution lectures.

So nitrous oxide became an anaesthetic?

Not immediately. For the next 40 years or so, N2O was a laboratory curiosity, used mainly for public entertainment. It was only from 1845 that its anaesthetic effects were put to use in dentistry, through the efforts of two Americans, Horace Wells and Gardner Quincy Colton. In those days neat nitrous oxide was used, nowadays dentists administer N2O/O2 mixtures. 'Laughing gas' has the advantage over other anaesthetics of relatively low toxicity, rapid onset of anaesthesia, and fast recovery. Nowadays nitrous oxide also gets used to help relieve the pain of childbirth.

How does it work as an anaesthetic?

It appears to affect the GABA receptor, an ion channel found in the central nervous system which responds to the inhibitory neurotransmitter γ-aminobutyric acid. This response causes the release of opioids in the body.

Abusers usually inhale the gas from a bag or balloon, which they can buy in some nightclubs for ca £2 each, and get a two-minute high. Habitual use can lead to side effects, such as degeneration of the spinal column.

Where did Daniel watts get the gas?

Its main use is as a propellant and aerating agent for whipped cream because the gas is tasteless, soluble in vegetable fats under pressure and non-toxic in the quantities used. Nitrous oxide even has an E number (E942). Anyone aged over 18 can buy a canister of N2O if they can prove that it is for culinary purposes. It seems that Daniel Watts placed a bag over his head to lengthen the effects of the N2O. However, this stopped him inhaling oxygen and he died from asphyxia.