Roses are red, violets are blue, titan arum stinks, and so did Kew 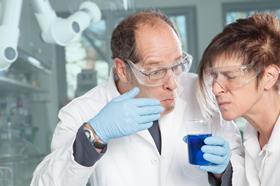 The titan arum (Amorphophallus titanium) in The Royal Botanic Gardens, Kew, bloomed last year on 21 April. A member of the family Araceae, titan arum is said to be the smelliest plant in the world (and also the tallest - its central column (spadix) can reach up to 9 feet). Discovered by the Italian botanist Odoardo Beccari, in 1878, the plant comes from the rain forests of central Sumatra (Indonesia). Its smell can be detected from half a mile away.

Yes, in general they are sweet smelling. Combined with their colour and patterning, flowers use fragrances derived from compounds such as geraniol (rose) and citral (orange) to attract insects and ensure pollination - nectar being the reward for the insects.

Why does this flower smell bad?

Plants from the tropics face a lot of competition in attracting pollinators. Titan arum attracts insects that normally feed on dead flesh (eg flies, carrion beetles, and wasps) and are not usually associated with pollination.

What causes the smell? 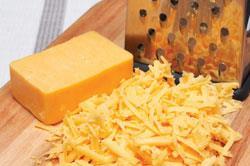 In 1996, Dr Geoffrey Kite, a scientist at the Royal Botanic Gardens at Kew, analysed the odour of 18 species of Amorphophallus by using gas chromatography-mass spectroscopy. In most cases, the odour was the result of a mixture of dimethyl disulfide (DMDS, 1) and dimethyl trisulfide (DMTS, 2). These molecules are also responsible for the smell of the Italian white truffle, as well as being found in onions and garlic. A few Amorphophallus species contain very different molecules: A. brachyphyllus has a strong cheese-like smell caused by 3-methylbutanoic acid (isovaleric acid, 3); A. haematospadix smells of bananas thanks to 3-methylbutyl ethanoate (4) (isoamyl acetate) with some ethyl ethanoate; and A. albispathus has an anise smell resulting from 4-methoxyphenethyl ethanol (5).

Are there any other similar plants?

Another arum known as 'dead-horse arum' (Helicodiceros muscivorus) is found on the islands of Sardinia and Corsica. It uses dimethyl sulfide (DMS) as well as DMDS and DMTS to attract blowflies.

How do these attractants work?

The sulfides fool insects into thinking they are approaching a dead carcass (which also emits these molecules). It takes years for the titan arum to work up to flowering, which then lasts for only about two days. On flowering, the chamber formed by the spathe (the sheath-like leaf) opens and the plant emits its powerful scent. At the base of the spadix are male and female flowers and insects attracted by the scent, some of which will be carrying pollen from other flowers, are trapped at the base and deposit their pollen on female flowers. The insects are trapped inside until the following day, when the male flowers open. As the insects escape they pick up pollen from the now-open male flowers, carrying the pollen away to pollinate other flowers. Pollinated flowers form fruits, which are exposed when ripe. The bright scarlet fruits attract birds that eat the flesh and disperse the seeds.