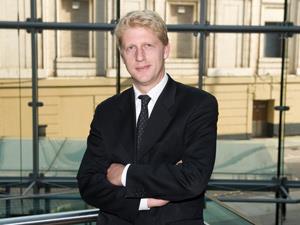 Following the introduction of higher university tuition fees in the UK in 2012, the niggling question at the back of my mind has been ‘what next?’. Now the dust has settled following the general election, there is a little more clarity over the likely direction of government policy on higher education. Many will be alarmed by the potential threats, but there are also opportunities that could genuinely have positive impacts for students who are paying a small fortune for the privilege of undertaking degree-level study.

At the core of forthcoming developments will be a new Teaching Excellence Framework (TEF), first mooted by David Willetts and formally announced by his successor, Jo Johnson (pictured), in early July. The very name will send shivers down the spines of many in higher education, bringing to mind the horrors of the Research Excellence Framework. The TEF is intended to be a much lighter touch and not ‘big, bossy and bureaucratic’, but until we have more clarity on its nature many will be sceptical.

Raising the profile of high quality teaching in our universities has to be a positive development. University leaders will hopefully be encouraged to invest in teaching to achieve the excellence that will potentially give them the right to increase fees in future. Favourable TEF ratings will help the best performing institutions to attract larger pools of eager undergraduates to experience their world class education.

Both Willetts and Johnson have raised concern over the tension between research and teaching and the impact on teaching quality, with Willetts stating that ‘teaching has been by far the weakest aspect of English higher education’.  In the future, even the most research-oriented academics will be compelled to focus on their teaching, adjusting to a new reality where student fees are generating the bulk of income for many departments. In order to meet expectations, universities will need to provide more continuing professional development opportunities for staff to ensure that standards are raised across the board.

At this stage, little is known about what the TEF will involve – what will be measured and how. Ofsted-style inspections can be ruled out, being onerous, costly and unreliable. So how do we assess teaching quality in a university?

The TEF will undoubtedly involve metrics, as data can easily be processed to provide the rankings and league tables favoured by policymakers, but the nature of the metrics to be used remains unknown. One fear is that a metrics-based comparison will encourage institutions to game the system, boosting their statistical performance rather than raising standards, something that many feel already happens in our schools.

At school level, ‘value added’ is a convenient measure with national tests existing at various stages that permit a comparison between providers. Such comparisons are much more difficult between universities that teach the same subject in very different ways, measure performance using different assessments and set the criteria for degree classifications themselves.

Johnson was particularly critical of grade inflation in his speech, citing a 300% increase in the proportion of 1st class degrees since the early 1990s as a startling statistic. However, without the introduction of standardised tests at degree level, a move that would be fiercely resisted, it’s difficult to see how this issue could be overcome. It has been proposed that a move to a Grade Point Average system is a solution, but this alone would not necessarily solve the problems of comparability. It is nonetheless vital the TEF delivers on Johnson’s promise that it will tackle grade inflation, to ensure gameable metrics do not undermine the integrity of our higher education system.

Some have suggested standardised tests could be used to measure learning gain, as these would be difficult to manipulate. While this is an intriguing possibility, it is unclear what sort of tests would be suitable, and since different degrees develop different skills, it’s hard to envisage a universal test that could be fairly applied to all.

Why do we invest so much in higher education? Surely a key aim is to instil in our graduates the knowledge and skills that will allow them to be confident and active participants in the dynamic and rapidly evolving economy. The TEF must accurately gauge the success of our degrees in delivering on this aim, in the process ensuring that universities achieve their goals by genuinely improving provision and not by fiddling statistics.

It is crucial those who teach in higher education have their say in the development of the TEF to ensure potentially damaging consequences are avoided. But, having said that, it’s a lot easier to comment on the potential pitfalls than it is to design a robust and effective system that will achieve its laudable goals.