Education has a new mantra: intent, implementation and impact. It might not trip off the tongue, but it reflects a change in the thinking behind how schools will be inspected. Will the three Is be loved or loathed as much as the three Rs?

The consultation period for the latest Ofsted reworking is over, but what do teachers, teaching unions and other interested parties think? 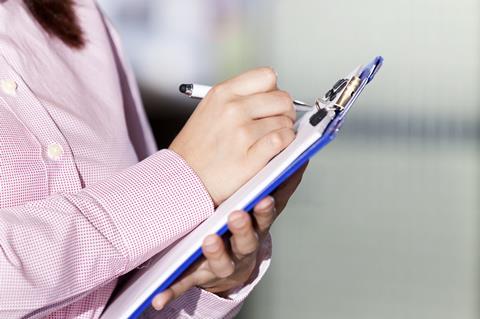 In January, Ofsted published an updated rulebook for its inspectors – backed by research output – that acknowledged it had put too much emphasis on data and not enough on the quality of education. In future, inspectors won’t look at schools’ own performance data – in an effort to reduce teacher workload. Instead, it will directly evaluate the quality of the curriculum, by talking to pupils, looking at their work and observing lessons.

The proposals sit against the backdrop of a narrowing of the curriculum, teaching to the test, and so-called off-rolling – effectively getting rid of pupils whose GCSE performance might impact on a school’s position in the league tables. Responses from across the education spectrum have been largely positive, but the devil will be in the detail of implementation.

Amanda Spielman HM chief inspector of education, said Ofsted ‘will look at how providers are deciding what to teach and why, how well they are doing it and whether it is leading to strong outcomes for young people.’

‘What we like about the proposals,’ says Marianne Cutler, director of curriculum innovation at the Association for Science Education, ‘are that as a whole they give permission to the leadership in schools to stand back and reflect on the purpose of the curriculum in their own setting, for their own children – and taking time to do that.’

‘The other great thing is Ofsted is no longer saying there is a hierarch of teaching methods – they’re recognising your method depends on which group you’re teaching, and what you’re teaching,’ suggests Helen Huntley, until last year head teacher at Haybrook College, Slough, and now an education adviser.

Marianne thinks the proposals ask a lot of the school leadership team, but she points out that ‘the science education community already has a lot of resources and access to professional learning that will help science leaders.’

There has been a mixed response from teachers and head teachers to Ofsted placing less emphasis on internal assessment data.

Ofsted’s response to what it describes as the largest consultation in its history has been to make procedural changes to the inspection regime. It says it has carefully considered concerns about the move away from inspectors looking at internal assessment information, but will go ahead with the change. Inspectors will be interested in the actions schools have taken in response to the internal data they use, rather than the data itself.

Science bodies have welcomed Ofsted’s concern that specialisation shouldn’t happen too soon: they particularly want to see pupils study chemistry, physics and biology to age 16. Not surprisingly, they also welcome the emphasis on an ambitious, coherently planned curriculum that enables even the most disadvantaged pupils to develop the knowledge and skills they need for future learning and employment.

‘We’re not just talking about knowing chemistry content, but what chemists do; how they work; how do they learn; what do you do as a chemist,’ says Mehar Brar, a former head of science who now provides schools training and carries out inspections here and abroad. ‘They’re [the students] surrounded by chemical information: the food they eat, claims on the news. They need to understand what’s an advertising claim, what’s a distortion. If the school ambition is for students to be active citizens, and they’re not learning those kinds of things, how will they become responsible citizens?’

The Royal Society of Chemistry is working on a framework for an 11–19 chemistry curriculum, looking at the core skills and knowledge as well as the sequencing of core ideas, something that the Ofsted proposal mentions. The RSC has offered to share its output to further inspectors’ understanding.

Mehar has seen the impact of sequencing: ‘I was in a class recently where students were being taught how to balance equations, but they hadn’t covered valency and therefore did not understand why the ratios of atoms in a compound were as they are. How can they balance equations if they don’t understand chemical formula?’

Wellcome suggests the framework will actually drive an increased need for subject-specific professional development for teachers. Ofsted has emphasised the need for teacher support generally, and especially for NQTs and those teaching outside their area of expertise. The latter is a challenge in the sciences, increasing a teacher’s workload – and compounding an already serious problem of retention and recruitment. The ASE wants Ofsted to ‘consider the retention of teachers, and technicians, as an indicator of effective leadership and management.’

And there will be other pressures. ‘Ofsted’s holistic approach,’ says Helen, ‘reinforces the fact that all teachers, including science teachers, are teachers of special needs and personal development – helping to build resilience and confidence.’ She adds that she’s ‘never heard Ofsted talk about inclusion before: but the other side of that, is that it’s more pressure.’

For large numbers of science subject leaders, says the ASE, this will be a new developmental role and one for which they have little experience.

Inspectors might require more training too, suggests the Royal Society in its consultation response. If they’re to get to grips with the substance of education and the different challenges between subjects, inspectors will have to be trained to ‘assess the quality of education within the particular subject they are looking at’. The Royal Society suggests this is probably not feasible in the limited time before the new framework begins in September.

Teaching unions are concerned about consistency of judgements. The NASUWT says many of the problems teachers encounter are due to individual inspectors and school leaders interpreting the framework and guidance in ways that were not intended.

The head teachers union, the NAHT, goes further. It says it can’t support a judgement about the quality of education, because it’s ‘too complex and dense to be applied with consistency across the inspection workforce.’

… And being given time

A frequent refrain is whether inspectors will give schools time to develop the curriculum. Will inspectors make clear to teachers what is and isn’t expected to avoid unnecessary extra workload? Ofsted itself acknowledges that ‘developing and embedding an effective curriculum takes time’.

Marianne says schools will need breathing space. ‘12 months is a very short time when you’re doing everything else. A school may only have a small number of inset days – but you can do a lot in that time and with focused departmental planning and development meetings, if you know how to go about it.’ She adds that ‘this will be a refining process. It won’t be a case of ”this is it” and then we’ve done it.’