The highly corrosive world of superacids 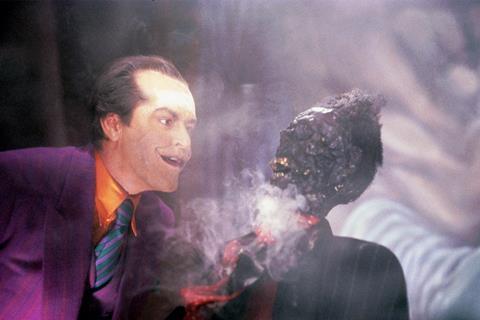 Super strong acids: as scary in real life as they are in the movies

Even though there are many kinds of corrosive substance in the world, those portrayed in movies and on TV are, inevitably, always acids. This is because acids are obviously sexier: bodies are dissolved in them in Breaking Bad; extraterrestrials use them as blood in the Alien series of films. You simply don’t hear the same thing about bases – Jack Napier didn’t fall into a vat of sodium hydroxide and emerge as Batman’s nemesis, the Joker; it was a green milkshake-like substance known simply as ‘acid’.

This vagueness is typical of acids in fiction, which are mostly unnamed and generic. So, if we are going to tackle the question ‘what is the world’s strongest acid?’, we’ll need to get a bit more specific than they are in the movies.

We’ll also need a way of measuring and comparing the strength of different acids. And for those of you thinking that pH is, of course, the answer – it will only get us part of the way there. While pH does indeed measure how easily an acid becomes negatively charged when it’s in water, it only makes sense down to pH 0 and is not applicable in non-aqueous systems, which is where we need to look for the baddest of the bad acids.

So, let’s dive headfirst into the world of superacids, which are so strong we’ll need a different way of measuring their acidity. The Hammett acidity function ranks acids by measuring how good they are at pushing an electron onto something other than a water molecule. Its inventor, Louis Hammett, took a series of different reference bases – each one incrementally weaker than the last – then looked at each of them to see if a superacid would totally protonate it, partially protonate it or not protonate it at all. The equilibrium constant of the partially protonated base’s reaction is a measure of acidity and something we can use to arrive at a pH.

Just how strong are superacids? And how do we define one anyway? Well, the ‘strong’ conventional acids you’ll find in your average chemistry lab are fairly brutal, but still orders of magnitude away from a superacid’s strength. For instance, hydrochloric acid comes in at about pH 1.6, nitric acid at 1.08 and pure sulfuric acid at a whopping pH -12. That makes sulfuric acid the strongest ‘normal’ acid you’ll find. Anything more powerful is defined as a superacid.

Superacids are made by taking an already strong (usually Lewis) acid and adding an (often Brønsted–Lowry) acid, which frequently contains the super reactive element fluorine. The fluorine binds preferentially with the Lewis acid, leaving behind a positively charged proton donor that acts as an exceptionally powerful acid.

Enjoying this article? Want to read more stories like it? Then register for free today.

It’s a kind of magic

Perhaps the most famous superacid mixture is magic acid (which does sound like it’s from a movie). Invented by the grandaddy of superacid chemistry, George Olah, this comprises a 1:1 mixture of fluorosulfuric acid and antimony pentafluoride. Sounds evil, doesn’t it?

Indeed, once fluorosulfuric acid has given up one of its fluoride ions to the antimony pentafluoride, the resulting HSO3F·SbF5 system has a Hammett acidity (pH equivalent) of -23. That’s 100 billion times more powerful than pure sulfuric acid.

The strongest of them all

Magic acid has found lots of industrial uses, from creating the carbocations that are essential in fuel production, to the removal of NOx from atmospheric smog. But is it the world’s strongest acid?

No. That title falls to fluoroantimonic acid – a superacid mixture of antimony pentafluoride and hydrofluoric acid. You see, HF loves the idea of donating a fluorine to SbF5, and the resulting SbF6- anion is relatively stable. This all results in what is sometimes (wrongly) called a naked proton (it’s actually ‘solvated’ by a number of other HF molecules to form a fluoronium ion). This super acidic system is the strongest ever measured, with a Hammett acidity function of -28. That’s 100,000 times stronger than magic acid.

This leaves us with only one question: what on earth do you keep it in? Here’s a substance so corrosive it will eat through any container, even one made of glass. The answer is poly(tetrafluoroethylene) (PTFE), or Teflon, thanks to its many C–F bonds – famously described as the toughest bond in organic chemistry. Just the thing to contain the strongest acid in the world.

It’s not Hollywood, but there’s a TikTok to go with this story too.